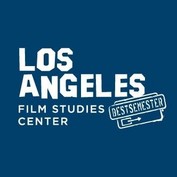 Located in one of the primary film and television production centers in L.A., the Los Angeles Film Studies Center integrates a Christian worldview with an introductory exploration of the work and workings of mainstream Hollywood entertainment.

Life in Hollywood and internships with 20th Century Fox, Henderson Productions, or Miramax Films, just to name a few, are what wait for you at LAFSC. Students from CCCU schools gather to combine their ideas and energies to create in a city that is always on the cutting edge.

As a Comm Arts major, you can earn up to 16 credits toward your degree, through an internship and classes such as Hollywood Production, Narrative Storytelling, Faith & Artistic Development in Film, and more. 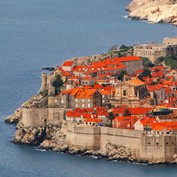 Balkans Semester for the Study of War and Peace

The Balkans Semester for the Study of War and Peace is an interdisciplinary, humanities-based program centered around the themes of war and peace, conflict and reconciliation. The program will provide students a unique opportunity to study these themes while learning first-hand from people on both sides of recent wars and genocides who are grappling daily with problems of justice and forgiveness and with navigating a path toward sustainable peace.

Students take courses in sociology, literature, and political philosophy and may also choose from electives in Communication Arts.

The Gordon-IN-Orvieto semester abroad program hopes to foster in students an attitude of responsive looking and listening for signs of new life in the traditions inhabited by artists, poets, saints, and mystics of the past, especially those of pre-modern Europe in Italy. With a discerning eye neither nostalgic nor ironic, we wish to explore the disintegrated fragments of the classical-Christian civilization of the West, raiding the past in order to rebuild the present.

Earn credits toward your Comm Arts major by taking courses in design and visual studies. The American Studies Program in Washington D.C. provides an integrative, faith-based perspective on issues of public policy and global development. It connects participants to the institutions and leaders which have such an impact on life in the States and around the globe. Students engage in what it means to be in community and to be a leader as well as interacting in on-site visits with expert scholars and policy-makers. Internships, professional mentorship and service opportunities offer the chance for students to further define their vocation.

Comm Arts majors may choose an internship in communications and journalism, as well as take courses in domestic and foreign policy analysis. 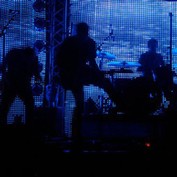 The interdisciplinary Contemporary Music Center in Nashville provides a community where young musicians and aspiring music executives can learn the ins and outs of a career in popular music. Designed as an artistic community, the program develops artists and music executives with a Christ-centered vision for music content, production, and delivery. 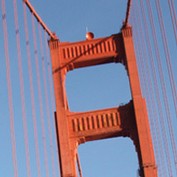 San Francisco is the setting for urban study and internship opportunities through Westmont College. Examine questions of faith in a vibrant city with a small community of students and faculty mentors. An example could include exploring various worship styles through attending ethnic churches and different denominations. In addition, there are many enriching opportunities through urban ministries and volunteer programs.