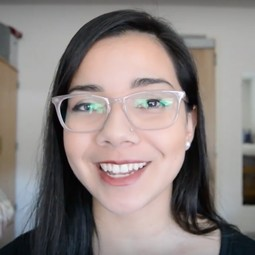 Talk up the Talk by Jes Mabanglo '20

Congratulations to Jes Mabanglo '20, who received the People’s Choice award for her film Talk Up the Talk at the 2018 Girls Impact the World Film Festival.

Jes competed against students from around the world, including King’s College London, Smith, Rutgers, and UC Berkeley. To compete in the People’s Choice category, her film had to be one of the top 10 most popular films as determined by social media likes, shares, and tweets. Her film advanced to the top four films, and a panel of judges made the final selection.

Jes says of the film, “Our bodies do incredible things, yet the topic of our body’s maturing is only briefly discussed in adolescent years, then avoided thereafter. No one likes to talk to young people about growing up, puberty, or sex. In this documentary, I argue that such talk is necessary because, without it, kids will be growing into a maturity for which they are not prepared.”

You can learn more and see the film here:
http://www.connecther.org/gitw/galleryview/id/1616 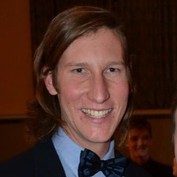 "I am a News Marketing intern at CBS News in New York City this summer. Our department specializes in marketing and increasing audience reception for nationally aired CBS programs. What this means is we create, develop and maintain spots for 60 Minutes, 48 Hours, Evening News, Face the Nation, etc. to be aired on the CBS network. Through the experience, I will gain key professional/practical skills in copywriting, editing, and producing effective spots. I also have key networking opportunities with professionals in the Marketing and Communications industry from voiceover actors to show producers." 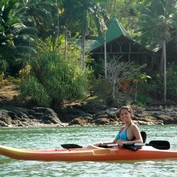 "I'm in Costa Rica for the next couple of months, living and working at a hotel called Aguila de Osa Inn in a small rainforest village. It's been a great chance to practice my Spanish, develop relationships with tourists from all over the world, and learn about the hospitality industry from the inside-out. I've been involved in the marketing and administrative sides as well as waitressing and bartending. I have no doubt that this was the right thing to do after graduation, because learning the stories of the local villagers and employees of the hotel has given me the post-college global wake up call I needed to fully appreciate the opportunities I've taken for granted in the U.S. and find direction in whatever my next step might be." 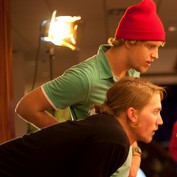 Gordon graduates Jeff Ryan and Jon Ramey are collaborating on their first feature film, My Place On The Wall. This past Spring they filmed a short version of the project with the intention of raising enough money to film the feature.

"The film is about a kid who wants so badly to grow up that he misses out on his childhood. Patrick Donnelly junior goes on an adventure to save the family company. On his adventure he finds out what he really wants in life. We hope to raise out budget of 100,000+ dollars by next summer. We plan on filming the feature length movie that summer.

To find out more about their project, visit their Kickstarter campaign: www.kickstarter.com/projects/865855362/my-place-on-the-wall 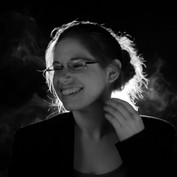 "I'm working full time in admissions at Emerson college. I'm also working on my MFA thesis, a hybrid short film about the weird little things we all do (phobic, OCD and anxiety disorder) and how those things affect daily lives of individuals. Currently shooting and set to finish In April 2013."

Check out: www.facebook.com/WeirdLittleThingsthefilm. Additionally, I'm producing a short film with another Emerson grad student who obtained rights to shoot a Stephen King short story called Night Surf. We will be shooting in late September. Look for our Kickstarter campaign soon! 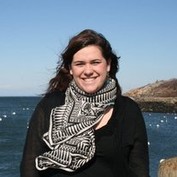 In June I began a fellowship with H+K Strategies, a global public relations and public affairs consultancy. I work with the Public Affairs practice group in the Washington, D.C. office. I have the opportunity to work with different clients across teams, countries, languages and industries to secure media placements and help them bridge various gaps with the public. On a given day I do anything from developing pitches to speaking with reporters, digging through the news to help clients research and understand public opinion towards their industry or editing reports from teammates who work half the world away!