The Department of Music is delighted to present the Alton C. Bynum Recital Series.

The series was inaugurated in the 2014-15 season in celebration of the 125th anniversary of Gordon College, and is named in honor of Dr. Alton C. Bynum, who served on the faculty and as chair of the Department of Music from 1964 to 1999. All recitals take place at 8 p.m. in the Phillips Recital Hall. 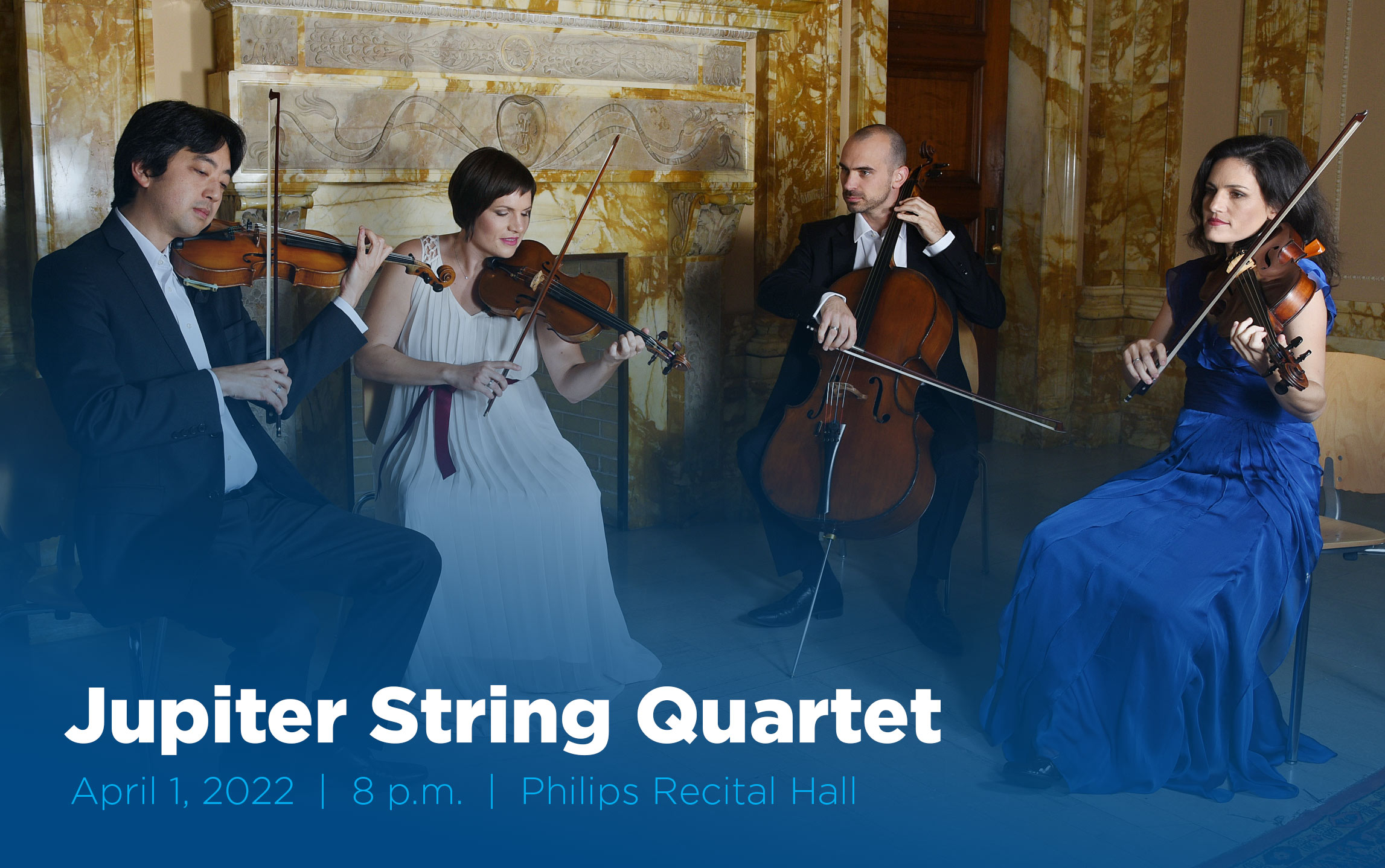 Join us for a concert by the acclaimed Jupiter String Quartet. Now enjoying their 20th year together, this tight-knit ensemble is firmly established as an important voice in the world of chamber music. The New Yorker claims, “The Jupiter String Quartet, an ensemble of eloquent intensity, has matured into one of the mainstays of the American chamber-music scene.”