As the language of diplomacy from the 17th until the mid-20th century, French has played a significant role on the world stage. Today it remains the lingua franca of many Western and African countries and is the official language in close to thirty countries. During your French studies at Gordon and semester-long study abroad, you will become proficient in the French language and encounter both past and present members of the global francophone community.

Why study French at Gordon?

At Gordon, you can take courses in linguistics alongside your French studies. An understanding of how language works is valuable to the study of any language and will enable you to learn at a deeper level. Gordon’s proximity to Canada means that you can immerse yourself in the French language without having to book a flight—weekend excursions to the historic cities of Montréal or Québec are not out of reach.

What careers can I pursue by studying French?

Your facility in the French language will prove beneficial in a wide variety of careers, including: 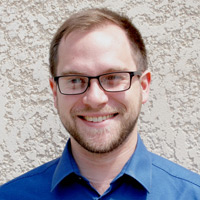 “I would venture to say that in the world of academia it is rare to see world-class scholars take time to talk to undergraduates, let alone share a meal or offer counsel in matters both personal and vocational. I am forever grateful to professors who embodied for me the kind of Christian leader/learner I aspire to be; one who values people over institutions, truth over circumstance, and faithfulness over ambition.” Hear from others ➔

Join the Cercle Français, which periodically hosts film showings (yes, in French) and francophone culture-themed events. At the weekly La Table Française, bring your lunch and join in conversation with others desiring to brush up their French. Enjoy cultural events and francophone gatherings in the Boston area.

After building a solid base in the language, study abroad for at least one semester through the CIEE in France program or at another approved site in French-speaking Africa or Canada.