A collaboration in paint, poetry, and music, in response to T.S. Eliot's Four Quartets

QU4RTETS grew out of a dinner-party conversation in Manhattan in 2009, when several friends discovered that they all took deep enjoyment and inspiration from a common text: T.S. Eliot's Four Quartets, a monumental poem acknowledged as one of the masterpieces of the twentieth century.

What has followed is a massive collaborative project, featuring paintings by Makoto Fujimura and Bruce Herman, an original piano and string quartet composition by Christopher Theofanidis, and theological reflections by Duke professor and pianist Jeremy Begbie. The exhibition will be on view April 13–May 1, 2013, in the Gallery at Barrington Center for the Arts, Monday–Saturday, 9 a.m.–7 p.m. Free admission. 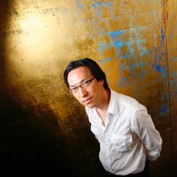 Makoto Fujimura is an artist, writer, and speaker who is recognized worldwide as a cultural shaper. A Presidential appointee to the National Council on the Arts from 2003 to 2009, Fujimura served as an international advocate for the arts, speaking with decision makers and advising governmental policies on the arts.

Fujimura’s work is exhibited at galleries around the world, including Dillon Gallery in New York, Sato Museum in Tokyo, The Contemporary Museum of Tokyo, Tokyo National University of Fine Arts Museum, Bentley Gallery in Arizona, Gallery Exit and Oxford House at Taikoo Place in Hong Kong, and Vienna’s Belvedere Museum. He is one of the first artists to paint live on stage at New York City’s legendary Carnegie Hall as part of an ongoing collaboration with composer and percussionist Susie Ibarra.

In 2011 the Fujimura Institute was established and launched QU4RTETS, a collaboration between Fujimura, painter Bruce Herman, Duke theologian/pianist Jeremy Begbie, and Yale composer Christopher Theofanidis, based on T. S. Eliot’s Four Quartets. The exhibition has traveled to Baylor, Duke, and Yale Universities, and Gordon College and will be exhibiting at other institutions around the globe. 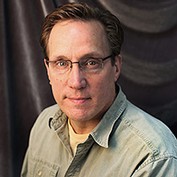 Bruce Herman is Gallery Director and Lothlorien Distinguished Chair in Fine Arts at Gordon College. He completed both his BFA and MFA in Painting at Boston University School for the Arts, studying under Philip Guston, James Weeks, David Aronson, Reed Kay, and Arthur Polonsky.

Herman lectures widely and has had work published in many books, journals, and popular magazines. His artwork has been exhibited in more than 20 solo and 100 group exhibitions in eleven major cities including Boston, New York, Chicago, Washington, D.C., and Los Angeles.

His work has been shown internationally, including in England, Italy, Canada, and Israel. His art is featured in many public and private collections including the Vatican Museum of Modern Religious Art in Rome; The Cincinnati Museum of Fine Arts; DeCordova Museum in Lincoln, Massachusetts; and the Hammer Museum, Grunwald Print Collection, Los Angeles. 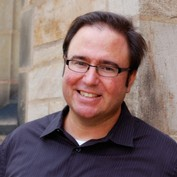 Christopher Theofanidis has had performances by many leading orchestras from around the world, including the London Symphony, the New York Philharmonic, the Philadelphia Orchestra, the Moscow Soloists, the National, Atlanta, Baltimore, St. Louis, Detroit Symphonies, and many others. He also served as Composer of the Year for the Pittsburgh Symphony during their 2006-2007 Season, for which he wrote a violin concerto for Sarah Chang.

Mr. Theofanidis holds degrees from Yale, the Eastman School of Music, and the University of Houston, and has been the recipient of the International Masterprize (hosted at the Barbican Centre in London), the Rome Prize, a Guggenheim Fellowship, six ASCAP Gould Prizes, a Fulbright Fellowship to France, a Tanglewood Fellowhship, and the American Academy of Arts and Letters' Charles Ives Fellowship. In 2007 he was nominated for a Grammy for best composition for his chorus and orchestra work, The Here and Now, based on the poetry of Rumi. His orchestral concert work, Rainbow Body, has been one of the most performed new orchestral works of the last ten years, having been performed by over 100 orchestras internationally.

For QU4RTETS, Mr. Theofanidis composed "At The Still Point," an original score for piano and string quartet, a recording of which will be played at the opening reception on Saturday, April 13. 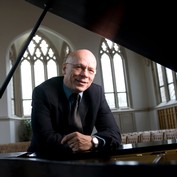 Jeremy Begbie is a theologian and pianist and teaches systematic theology, specializing in the interface between theology and the arts. His particular research interests are in the interplay between music and theology.

Previously Associate Principal of Ridley Hall, Cambridge, he has also been Honorary Professor at the University of St Andrews, where he directed the research project Theology Through the Arts at the Institute for Theology, Imagination and the Arts. He is a Senior Member of Wolfson College and an Affiliated Lecturer in the Faculty of Music at the University of Cambridge.