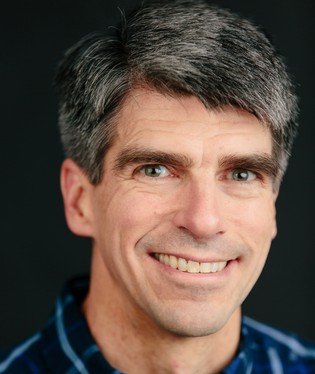 Dr. Russell Tuck, an award-winning software engineering manager, brings extensive experience to his role as professor of computer science. Dr. Tuck led the productionization and launch of Gmail and built and managed Gmail’s Site Reliability Engineering (SRE) group. During his 11 years at Google, he also led teams developing some of the infrastructure systems for Google’s vast web services and helped facilitate the company’s EDGE Engineering Leadership Training program. He has published several articles, holds 10 patents and has a B.S., M.S. and Ph.D. in computer science from Duke University.

“I spent the first 20+ years of my career as an engineer and manager in four high-tech companies. I saw firsthand how many nice, bright and lost engineers work in them, and how hard it is for outsiders (and often even insiders) to reach them,” says Dr. Tuck. “I feel called now to help prepare Christian students to go into the high-tech world as great engineers and great Christian witnesses. Gordon College is an outstanding place to pursue this call.”