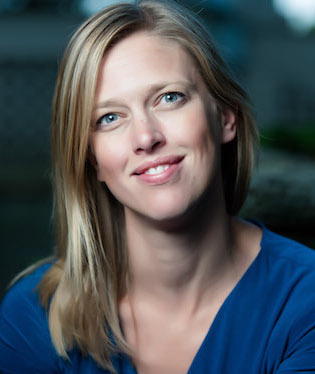 With music described by the Boston Globe as "hypnotic" and "haunting and hopeful," Mary Montgomery Koppel is a sought-after composer of choral, vocal, chamber, and orchestral works. Praised for her “luxuriant choral writing” and “myriad coloristic sonorities,” she writes in a compositional language that is both richly complex and contrapuntally refined, while remaining both aurally accessible and challenging.

MMK was a founding member and the first composer-in-residence of the Lorelei Ensemble. Since Lorelei’s founding in 2007, she has contributed eight new works to the repertoire for women’s voices, spanning ten seasons and numerous concerts throughout the United States. Performers praise MMK for her understanding of the voice, utilizing the full capacity of the instrument in "idiomatic lines of surprising yet natural contour." Recent commissions include Dawn for Six Degree Singers, Stabat Mater Speciosa for the Harvard University Choir, and Horizons for Su Lian Tan and John McDonald, released on the album GRAND THEFT and other felonies (ARSIS Audio, 2013). She recently enjoyed her Boston Symphony Hall debut with MIT Symphony Orchestra's performance of her piece Kaleidoscope, and earned an Honorable Mention in Boston Choral Ensemble's 2018 Commission Competition.

MMK is also an educator, music director, and soprano. She is an Assistant Professor at Gordon College, teaching composition, instrumentation, arranging, songwriting, and music history, and also teaches music theory at Boston University. Before moving to the Boston area in 2006, she taught at Bennington College, where she founded and conducted the Bennington College Chamber Singers. Her music direction includes work at MASSMoCA and HERE in New York. She holds a D.M.A. from the Boston University School of Music, a B.A. from Middlebury College, and a Diplôme in Composition from l’Ecole Normale de Musique de Paris.