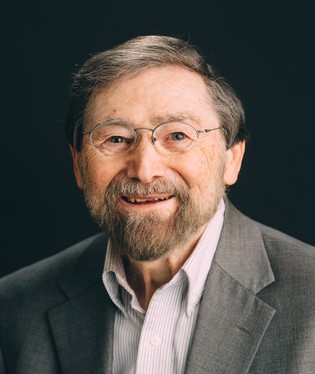 Marv Wilson retired in 2018 after 55 years of teaching—at Barrington College, and, since 1971, at Gordon.

Marv Wilson taught Old Testament, Hebrew and Jewish Studies at Gordon since 1971. Previously, he taught eight years at Barrington College. Dr. Wilson has published two widely used textbooks: Our Father Abraham: Jewish Roots of the Christian Faith (Eerdmans) and its sequel, Exploring Our Hebraic Heritage: A Christian Theology of Roots and Renewal (Eerdmans). He is co-author (with Edwin Yamauchi) of the new four-volume reference work Dictionary of Daily Life in Biblical and Post-biblical Antiquity (Hendrickson, 2014-2016). Marv has also recently published a major entry in the Encyclopedia of Christianity in the United States (vol. 5) titled, “A Jewish Impression of Christianity in the United States.”

For a number of years, Marv worked as an Old Testament translator and editor of the New International Version of the Bible. Marv served as primary scholar of a two-hour national TV documentary, “Christians and Jews: A Journey of Faith,” a program that has now played on more than 200 PBS stations. At Gordon College, Marv’s field trip course, Modern Jewish Culture, has been cited as a model for interfaith education. Marv has led many study tours to the land of Israel and filmed there many scenes in his television documentary. Locally and nationally, he has worked extensively to build bridges of understanding between the Evangelical Christian and Jewish communities. In the process, he has co-edited four different books with Jewish scholars.

Marv is married to Polly, a Gordon graduate and accomplished pianist. When the Wilsons have leisure time to spend together they especially enjoy watching sports, listening to music and travel.