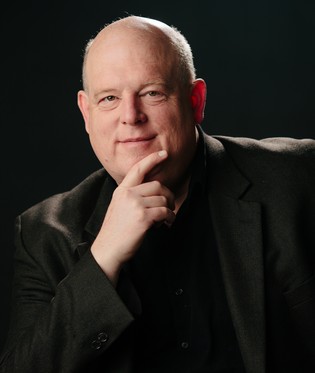 Mark Gedney is Associate Professor and Chair of the Philosophy Department. After receiving his Ph.D. on Hegel's social philosophy in 1995 from Boston University, Dr. Gedney lectured at both Worcester Polytechnic Institute and Boston University where he taught courses in ethics, the philosophy of the social sciences, and social and political philosophy. During this time, he also served as Associate Program Coordinator for the Twentieth World Congress of Philosophy and as the Associate Editor of the Proceedings (in 12 volumes). Dr. Gedney joined the Philosophy Department at Gordon in the Fall of 1998. His teaching and research interests include ontology, continental philosophy (including Kant, Schelling, Hegel, Nietzsche, Ricœur, Derrida, and Levinas), philosophy of religion, and social and political philosophy. He has published articles and reviews in these areas; as well as on figures such as Hegel, Rousseau, Ricœur, Derrida, and Richard Kearney.

His most recent work has focused on continental philosophy of religion--especially the work of Paul Ricœur and Jacques Derrida. Recent publications include The Saving or the Sanitizing of Prayer: The Problem of the sans in Derrida's Account of Prayer, in The Phenomenology of Prayer, eds. Bruce Benson and Norman Wirzba; "The Hope of Conversation," a review of Richard Kearney's On Paul Ricœur: the Owl of Minerva and Debates in Continental Philosophy: Conversations with Contemporary Thinkers in Religion and the Arts;  A Love as Strong as Death: Ricœur's Reading of the "Song of Songs," in December of 2006 in The Wisdom of Love, eds. Bruce Benson and Norman Wirzba (Indianapolis: Indiana University Press); and "The Hope of Remembering," a review of Paul Ricœur's Memory, History, Forgetting in Research in Phenomenology.

Dr. Gedney and his wife, Maureen, have two children, Henry and Adrian. The family enjoys the seaside, travel, baseball, and music. They especially enjoy visiting Maureen's family in Belgium and England. They are members of the Community Covenant Church in West Peabody.