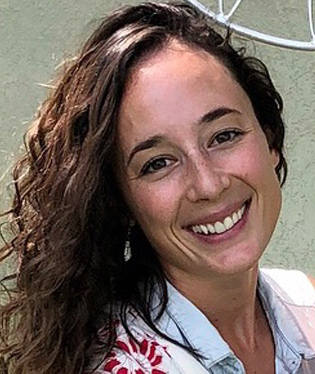 Kimberly is a passionate director, actor, and collaborator, with extensive experience in entrepreneurship, education, and fundraising. She is especially keen on utilizing ‘Theatre of the Oppressed’ techniques to develop new works and in the study of theatre’s effect on human empathy.

As Performing Arts Director for the YMCA of the North Shore, Kimberly designed and implemented what has grown into a regional theatre program serving thousands of youth. She also served on a Capital Campaign which raised more than $1M to restore Ames Hall, a historic theatre in Salem, MA.

Then, as Senior Director of Fine and Performing Arts for the South Shore Y, Kimberly created inclusive art opportunities to engage every demographic and instigated partnerships with the likes of the Plymouth Philharmonic, South Shore Hospital, Bay Colony Shakespeare, and South Shore Conservatory.

Kimberly’s recent directing credits include From the Author to My Husband with History Alive, Inc. and Walk With Me with Fifth Wall Theatre Company. Kimberly has served as director of ArtSpeak, a non-profit working to fight human trafficking, and on the boards of Bay Colony Shakespeare and History Alive, Inc. For eight years, Kimberly also performed her one-woman show, Mzungu Memoirs, for audiences of up to 1,200 people.