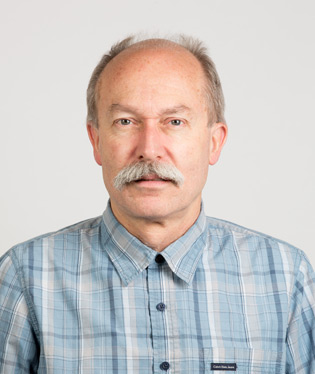 Dr. Bird is a native of New Zealand and has been teaching full-time at Gordon since 2001. His interests include Greek and Latin language and literature, Indo-European linguistics, and early English literature. He is a participant in the Harvard-affiliated Homer Multi-text Project, with a chapter in a book due out in the fall dealing with a celebrated medieval manuscript of Homer's Iliad. He enjoys exploring the connections between such diverse disciplines as Homeric poetry, historical linguistics, Greek mathematics, computer programming, and jazz improvisation (he plays piano professionally and for relaxation). He co-directs the Linguistics major and minor and oversees the minor in Classics. For outstanding scholarship and teaching, he received the 2011 Distinguished Junior Faculty Award.

"True improvisation has nothing really to do with “making stuff up on the spot”; rather, it is the creative and inspired weaving together of previously rehearsed material…”

Listen to Dr. Bird's rendition of "My Jesus, I Love Thee" on YouTube ➔

Essays by Dr. Bird for a general audience include: "The Book King James Inspired—400 Years Later," "Charged for the Liberal Arts," and "Variations on an (A. J. Gordon) Theme."

Multitextuality in the Homeric Illiad

In his 2011 book Multitextuality in the Homeric Illiad: The Witness of Ptolemaic Papyri (Harvard University Press) Dr. Bird looks at several fragmentary papyri from the three centuries before Christ, the oldest surviving texts of The Iliad. While many scholars have dismissed these papyri as "eccentric" because they differ from the standard publications of the epic poem, Bird argues that they are authentic variations, reflective of the poem's long history as an oral tradition passed among generations.

Dr. Bird is an ongoing participant in the Harvard-affiliated Homer Multi-text Project, with a chapter in a book due out in the fall of 2013 dealing with a celebrated medieval manuscript of Homer's Iliad.

"To speak of 'the actual text that the author wrote' involves making some unwarranted–yet cherished–assumptions: it is natural to want there to have been a single identifiable person who at some point of time composed the Iliad and Odyssey. After all, this is in fact how many texts came about, such as Virgil’s Aeneid, Chaucer’s Canterbury Tales, and Shakespeare’s Romeo and Juliet."

A graduate of Berklee College of Music in Boston, Dr. Bird plays piano professionally and for relaxation.

Homer and Jazz: The Song Continues

At a recent Faculty Forum at Gordon, he performed and lectured, drawing connections between jazz improvisation and Homeric oral formulaic poetry, and, he says, "along the way hopefully clarifying what precisely improvisation is in the area of jazz." Watch and listen below.

Dr. Bird has appeared in the same Harvard Square venue where Bob Dylan and Joan Baez used to perform. Listen here and here.