Each year the division of Social Sciences sponsors a lecture event in honor of David L. Franz, Gordon History professor emeritus. Lectures in this series span the disciplines and feature speakers from around the world.

Stay-tuned for more details about the 2023 Franz Lecture!

See below for details on past lectures 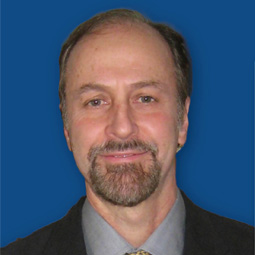 Co-hosted by the Political Science, Philosophy and History Department

Robert Hefner is professor of anthropology and global affairs at the Pardee School for Global Affairs at Boston University. Hefner has published more than twenty books and authored seven major policy reports for government and private policy centers. His primary research interests have to do with Islamic history, ethics, and politics, as well as the anthropology of Christianity, plural coexistence, and tolerance.

Professor Hefner is an expert on religion and international affairs focusing on Islam in the public sphere. In this lecture he will compare the relationship between religion and public ethics in Western countries and Muslim-majority countries and explore the rise of populist majoritarianism and nationalism in both regions.

Read about Hefner's visit to campus in The Bell. 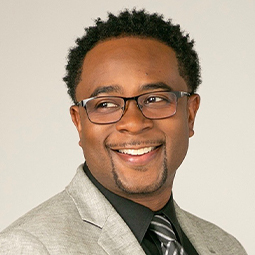 Jemar Tisby is the president of The Witness: A Black Christian Collective where he writes about race, religion, and culture. He is also the co-host of "Pass the Mic,” a podcast that amplifies dynamic voices for a diverse church. His writing has been featured in the Washington Post, CNN, Vox, and the New York Times. He has spoken nation-wide at conferences on racial reconciliation, U.S. history, and the church. His first book, published in 2019 is The Color of Compromise: The Truth about the American Church’s Complicity in Racism, and How to Fight Racism was just released in 2021.  Jemar is a PhD student in History at the University of Mississippi studying race, religion and social movements in the 20th century. Follow him on Twitter @JemarTisby.

Read about Tisby's virtual visit to campus in The Bell. 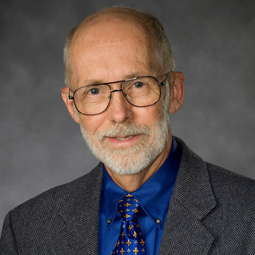 This Annual Franz Lecture focused on forgiveness, psycho-educational intervention groups for encouraging the development of forgiveness among Christians and in the secular arena, and the development of the REACH Forgiveness Intervention program. Presenting the lecture was Dr. Everett Worthington, a licensed clinical psychologist and professor at Virginia Commonwealth University. He has focused his research and writing in the area of forgiveness, first becoming interested in the topic because of his work with couples and families, later experiencing the tragedy of suffering in his own family and the difficulty of forgiveness. Dr. Worthington has generously given of his time to help others in the US and internationally who struggle to understand and move toward forgiveness. 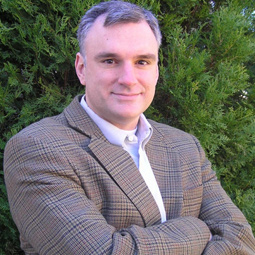 Co-hosted by the Center for Faith and Inquiry and the Gordon College History Department.

John Fea is Professor of American History and Chair of the History Department at Messiah College. His first book, The Way of Improvement Leads Home: Philip Vickers Fithian and the Rural Enlightenment in Early America, was chosen as the Book of the Year by the New Jersey Academic Alliance and an Honor Book by the New Jersey Council for the Humanities. His book Was America Founded as a Christian Nation: A Historical Introduction was one of three finalists for the George Washington Book Prize, one of the largest literary prizes in the United States. John is also co-editor (with Jay Green and Eric Miller) of  Confessing History: Explorations in Christian Faith and the Historian’s Vocation, a finalist for the Lilly Fellows Program in Arts and Humanities Book Award. His book Why Study History?: Reflecting on the Importance of the Past was published in 2013 with Baker Academic. He has also published numerous essays and reviews and blogs daily at The Way of Improvement Leads Home, a blog devoted to American history, religion, politics, and academic life. 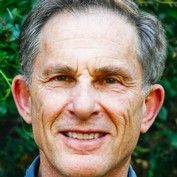 Peter Barnes: The Case for Citizen Shares—What if every citizen had a right to an equal share of our common wealth?

Co-hosted by the Center for Faith and Inquiry and the Gordon College Business and Economics Department.

The 2016 Franz Lecture features Peter Barnes, an entrepreneur and author of numerous articles and books on the topics of capitalism and the commons. His most recent book, With Liberty and Dividends for All: How to Save Our Middle Class When Jobs Don't Pay Enough, proposes universal dividends from shared wealth as a practical solution to economic inequality. The Franz Lecture is an annual event sponsored by the division of Social Sciences in honor of David L. Franz, Gordon professor of history emeritus. This event is open to the public free of charge.

Sindiso Mnisi Weeks—Women in Post-Apartheid South Africa
February 26, 2015
Co-hosted by the Center for Faith and Inquiry and the Gordon College Political Science Department.

Sindiso Mnisi Weeks is assistant professor at the Umass Boston School for Global Inclusion and Social Development and was a Resident Scholar at the University of New Hampshire School of Law where she held a fellowship for the completion of a book, Access to Justice? Dispute Management in Vernacular Forums in Rural KwaZulu-Natal. Until December 2013, she was a senior researcher in the Centre for Law and Society at the University of Cape Town (UCT), where she had worked on the Rural Women's Action-Research program—combining research and policy work on women, property and governing authority under indigenous law—since 2009. She also taught African Customary Law as an advanced Assistant Professor in UCT's Department of Private Law in 2011 and 2012. Dr. Weeks has published in academic and popular media on indigenous law, women’s rights, cultural rights, governance, participatory democracy, dispute management and the South African Constitution. She holds a doctorate in Law from the University of Oxford where, as a Rhodes Scholar, she researched the tensions between living customary law(s) and South African state law. Prior to Oxford, she clerked for the Deputy Chief Justice of the Constitutional Court of South Africa, Dikgang Moseneke. She is a graduate of UCT from which she obtained a BA (in Law, Philosophy and Language) and LLB, both with distinction. She has been the recipient of a number of awards including a Skye Foundation Scholarship, a Mellon-Mays Fellowship and the 2012 Women in Science Award for the Development of Rural Women through Science and Technology. In September 2014, Dr. Weeks will take up a position as an advanced Assistant Professor in the Public Policy of Excluded Populations at the University of Massachusetts Boston's School for Global Inclusion and Social Development.

David Swartz: The Evangelical Left: Oxymoron or Opportunity?
October 3, 2013
Co-hosted by the Center for Faith and Inquiry and the Gordon College Sociology and Social Work Department

David R. Swartz teaches history at Asbury University. He is the author of Moral Minority: The Evangelical Left in an Age of Conservatism (University of Pennsylvania Press, 2012) and writes at the Moral Minority blog. Areas of teaching interest and research include American religious history, twentieth-century American politics, Anabaptism, global religion, and issues of war and peace. He is the founder and faculty sponsor of Plowshares, a Central Kentucky group that promotes peace and reconciliation.

Andrew Yuengert is a professor of Economics at Seaver College, Pepperdine University. He has made research contributions in several fields: economic philosophy, Catholic Social Teaching, the empirical study of religion, labor economics, and finance. He was recently editor of the journal Faith & Economics. He is the author of two previous books: The Boundaries of Technique: Ordering Positive and Normative Concerns in Economic Research (2004), and Inhabiting the Land: A Case for the Right to Migrate (2004). His most recent essay is "Roman Catholic Economics," in The Oxford Handbook of Christianity and Economics (2012).

Kurt Werthmuller: The Arab Uprising: Spring, Winter, or Something Else Entirely?
April 2, 2012
Co-hosted by the Gordon College History Department

Kurt Werthmuller is a Research Fellow with Hudson Institute's Center for Religious Freedom. Werthmuller is researching trends in the status of religious minorities in the Middle East, especially in the Arab world. Currently, he is examining the real and potential impact of regional uprisings on these communities.

Werthmuller served as Associate Professor of History at Azusa Pacific University from 2007-2011, and as Assistant Professor of History at Geneva College from 2005-2007. During this time, he published Coptic Identity and Ayyubid Politics in Egypt, 1218–1250 (2010), wrote articles for the World History Encyclopedia (2011) and the Dictionary of African Biography (2011), presented on non-Muslims in medieval Egypt at the Middle East Studies Association and American Historical Association, and gave public lectures on the Coptic community and on the recent Egyptian revolution.

Dr. Mary Stewart Van Leeuwen is professor of psychology and philosophy at Eastern University and former senior editor of Christianity Today. She taught previously at Calvin College in Grand Rapids, Michigan. Dr. Van Leeuwen is the author of numerous works on the relationship between faith and gender, including her book Gender and Grace (1991). She spoke about her most recent work, A Sword between the Sexes: C. S. Lewis and the Gender Debates (2010). This year's event was co-sponsored by the Women in Leadership Speaker Series. 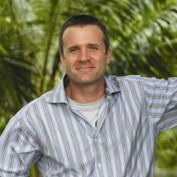 Mike McCullough: Beyond Revenge: The Evolution of the Forgiveness Instinct
September 30, 2009
Co-hosted by the Gordon College Psychology Department

Dr. Michael McCullough, professor of psychology at the University of Miami, Florida, directs the Laboratory for Social and Clinical Psychology and holds a secondary appointment in UM's Department of Religious Studies. In his lecture he presented his research on the social-psychological factors that can modulate the desire for revenge and accelerate the forgiveness process. He is also interested in several aspects of religion, including how it evolved, how it develops over the life course, and its links to health, well-being, and social behavior. 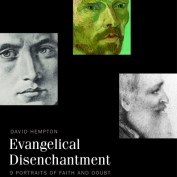 Professor of Evangelical Theological Studies at Harvard Divinity School, Dr. David Hempton previously taught at Boston University and the Queen's University of Belfast. His research and teaching interests are in religion and political culture, identity and ethnic conflict, the interdisciplinary study of lived religion, comparative secularization in Europe and North America, and the history and theology of Evangelical Protestantism. Dr. Hempton's lecture concerned his 2008 book Evangelical Disenchantment, which profiles the faith struggles of figures such as George Eliot, Vincent Van Gogh, and James Baldwin. 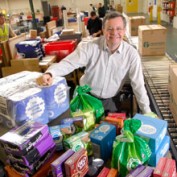 Paul Chandler: Should We Have Faith in Fair Trade?
March 30, 2007
Co-hosted by the Gordon College Sociology and Social Work Department

Paul Chandler is CEO of Traidcraft, the UK's leading fair trade organization. Paul spoke about impact assessment of the fair trade model, common critiques of fair trade, what it means to be a Christian faith-based organization engaged in fair trade, and what he believes is an important prophetic ministry for the Church in this arena.