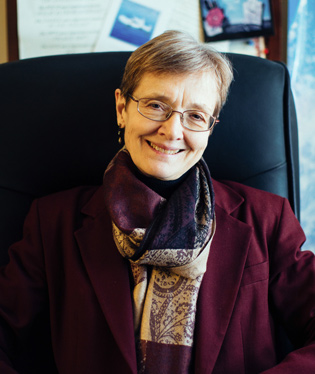 Elaine Phillips retired in 2020 after 41 years of teaching—at Jerusalem University College in Israel, Pinebrook Junior College outside Philadelphia, and, since 1993, at Gordon.

After receiving her undergraduate degree in social psychology from Cornell University and the Master of Divinity degree from Biblical Theological Seminary, Elaine Phillips, along with her husband, Perry, studied and taught for three years in Israel. Upon their return, they taught at a small Christian junior college outside of Philadelphia from 1979-1992 and Elaine earned her Ph.D. in rabbinic literature from The Dropsie College for Hebrew and Cognate Learning in Philadelphia. She has taught biblical studies at Gordon College since 1993. She and Perry have continued to take Gordon students back to Jerusalem University College, where they serve as adjunct faculty for the three-week summer study program in historical geography. In addition to field study in Israel, her areas of interest and scholarly writing include the books of Exodus and Esther, biblical wisdom literature, and rabbinic texts. Her book-length commentary on Esther is included in The Expositor's Bible Commentary, edited by Tremper Longman III and David Garland. In 2014, her devotional, With God, Nothing is Impossible, was published by Deep River Books. Her latest book, An Introduction to Reading Biblical Wisdom Texts was published by Hendrickson Publishing in August 2017. She has received both the Junior and Senior Distinguished Faculty Awards and at the commencement ceremonies in May 2014 was granted the inaugural Distinguished Professor award. She also enjoys music, hiking and all things related to summers in northwestern Ontario.