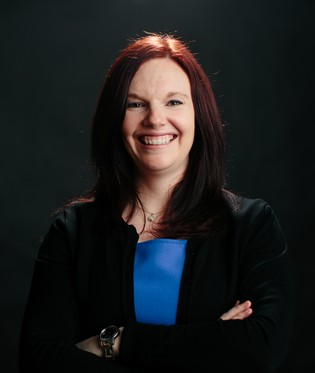 Amy Brown Hughes received her Ph.D. in historical theology with an emphasis in early Christianity from Wheaton College and is the author (with Lynn H. Cohick, Wheaton College) of Christian Women in the Patristic World: Their Influence, Authority and Legacy in the Second Through Fifth Centuries (Baker Academic). Amy also received a M.A. in history of Christianity from Wheaton College and her B.A. in theology and historical studies from Oral Roberts University. While at Wheaton, she worked with the Wheaton Center for Early Christian Studies, which encourages dialogue about the interplay between our modern world and early Christian texts. The overarching theme of Amy’s work as a historical theologian is that early Christian writers continue to be fruitful interlocutors in modern discussions of theology. Her research interests include Eastern Christianity, Trinitarian and Christological thought, Christian asceticism, theological anthropology, the intersection of philosophy and theology, and highlighting the contributions of minority voices to theology, especially those of women. Her dissertation, “‘Chastely I Live for Thee’: Virginity as Bondage and Freedom in Origen of Alexandria, Methodius of Olympus, and Gregory of Nyssa,” explores how early Christian virgins contributed substantively to the development of Christology. She regularly presents papers at the annual meeting of the North American Patristics Society.

Recently, Amy contributed to an edited volume of essays from a symposium on Methodius of Olympus at Friedrich Schiller University Jena, Germany, Methodius of Olympus: State of the Art and New Perspectives (De Gruyter) and co-authored a series of essays about early Christian writers with George Kalantzis (Wheaton College) for the early Christianity section of a volume for Protestant readers of the Christian tradition (T&T Clark).