WHERE GRADS GO
Students are prepared for graduate programs, for professional programs and for the workplace. Read below to find out what a few of our graduates have been doing. 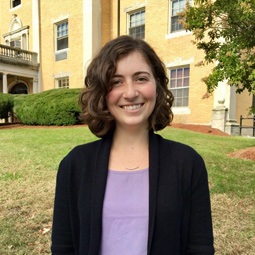 Sarah Salcone, Class of 2014
Sarah began her work at McLean Hospital immediately after graduation. She worked as both a research assistant in outcomes measurement and as a mental health specialist (nursing assistant) on the psychotic disorders unit for two years, after which she had the opportunity to join the Spirituality and Mental Health Program as a clinical research assistant. In this position, she managed the hospital-wide research projects and also facilitated spiritual psychotherapy groups. Sarah plans to continue her education soon by pursuing a doctorate degree in clinical psychology, concentrating on spirituality/religion and its impact on stress and coping. 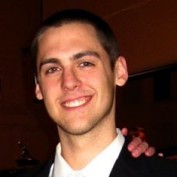 Zachary Reynolds, Class of 2010
Zach spent his Junior and Senior years at Gordon working on research projects that culminated in a trip to Tokyo to present his findings, and spent his final semester fully devoted to multiple research projects. The time spent working on these projects helped him realize the potential for careers in psychology-oriented research, and prompted him to apply for positions as a research assistant at universities and hospitals. Zach was hired by the Schepens Eye Research Institute, an affiliate of Harvard Medical School, during his final semester, and began working there the summer after graduating. His work focuses on low-vision rehabilitation and evaluating the effectiveness of cutting-edge technologies in helping those who suffer from vision impairment. Zach is hoping to continue his education in psychology by pursuing a doctorate degree, though he is still exploring which programs he is most interested in and how his future will take shape in the coming years. 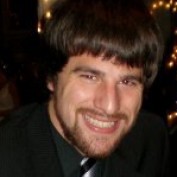 Timothy Hohman, Class of 2007
Upon graduating, Tim immediately began work on his PhD at American University in a Cognitive Psychology and Neuroscience program. His work has focused on event recall in older adults. Since finishing his doctorate, Tim has been working as a postdoctoral student in the Center for Human Genetics research at Vanderbilt University. He continues to do research on Alzheimer's disease using a neuroimaging genetic approach. He has also continued to develop his statistical skills, most recently by learning to do research in the area of computational genetics. 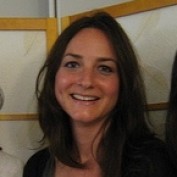 Emily Fisher, Class of 2005
Emily graduated in 2005 and then spent time working with Schizophrenics in an HMS-affiliated Neuroimaging lab. She received a 2008-2009 Fulbright Scholarship to Norway and finished her Master's in the Philosophy of Health Promotion at the University of Bergen in Norway in 2010. Her research interests have focused on studying youth quality of life issues within the community. This interest in youth health behaviors is what brought her to Norway, as she received the Fulbright grant to study adolescent nutrition habits in the Norwegian school system. She used findings from this experience as a basis for designing and conducting a qualitative study for her Master’s thesis research. Her thesis focused on detecting specific strategies the adults in community-based youth leadership development programs used for genuine youth participation and skill development, so that these successful programs could share their tools with others. She is currently a doctoral student in community research and action at Peabody College, Vanderbilt University. She is particularly interested in addressing issues around health information dissemination and program evaluation, especially as they relate to youth within communities affected by the social determinants of health. 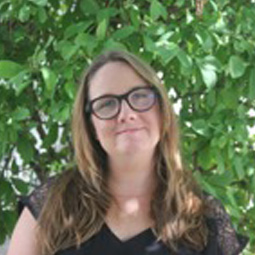 Maren Oslund, Class of 2002
Maren learned to love research at Gordon while working as a Research Assistant for Dr. Kaye Cook, recruiting and interviewing for a study at Salem State. Following her undergraduate education, Maren moved to California where, in 2006, she completed her MSW at Cal State (CSU) with honors, receiving the Outstanding Graduate Student Award, Best Research Project Award, and the International Social Worker Award. She attributes her success during graduate school to the high level of education she received at Gordon. Following the completion of her graduate degree, Maren worked as an Adoption Social Worker, the Regional Manager of Post Adoption Services in Boston/Metro-North, the Program Director for a disability-awareness program, and a Clinical Therapist for individuals diagnosed with Autism Spectrum Disorder. In 2015, she moved back to the North Shore of Boston and opened a private practice called Trestles Counseling Services. She currently provides individual, marriage, and family therapy with specialties in Adoption and Autism Spectrum Disorder. 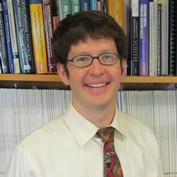 Oliver Lindhiem, Class of 2002
Oliver spent his first postgraduate year and a half working at the Anchorage group home for adolescent boys in Beverly. While there he became interested in the developmental implications of foster home care and the multiple home placements that these children often experience. Having become aware of the work of Mary Dozier at the University of Delaware in attachment disturbances and psychological disorders, Oliver applied to the Delaware program and received his Ph.D. in Clinical Psychology, acquiring multiple publications along the way. He is currently Assistant Professor in the Department of Psychiatry, University of Pittsburgh. He recently received a prestigious Early Career Research Scientist Development Award from NIMH for evidence-based intervention for children with disruptive behavior disorders.

Ron Whiteman, Class of 1999
Ron graduated with a double major in psychology and movement science, then began working as a Research Assistant in the School of Medicine at Yale University in their structural neuroimaging laboratory. Later he followed his mentor, Dr. Bradley Peterson, to Columbia University to become the Senior Image Analyst on studies investigating various neuropsychiatric disorders in children and young adults using functional MRI technology. Ron has co-authored several publications that explore specific brain structures associated with particular clinical problems such as ADHD and Bipolar Disorder. He is currently finishing his doctorate in cognitive neuroscience at the City University of New York, studying student abilities to learn from failure in challenging academic situations. He is particularly interested in gender differences in rumination (or recurring negative thoughts and feelings) and how to facilitate rebound from failure. He is eager to finish his doctoral research and apply his research in the classroom, preferably at a small college like Gordon.

Chris Carlson, Class of 1987
Chris obtained a Master's degree in human development, counseling, and family studies with a specialization in college student development from the University of Rhode Island in 1990. Since then, Chris has been serving Gordon students in various capacities as Associate Dean of Students with a focus on student life and leadership. Among other things, Chris advises the student government, directs the A.J. Gordon Scholars program and contributes to the residence life and recreation programs at Gordon.

Karen Smith, Class of 1984
Following graduation Karen went to work for a local human services agency that specialized in placing people with disabilities in supervised work settings. Over several years she worked in increasingly responsible positions with the agency, and along the way earned a graduate degree in rehabilitation counseling. She is now working in Chiang Mai, Thailand (as a missionary through International Ministries, ABC/USA) where she is the program director for the New Life Center. The New Life Center serves ethnic minority girls who are victims of labor exploitation and human trafficking, including forced prostitution. Karen's role draws deeply on her vocational rehabilitation, ministry, and leadership skills.