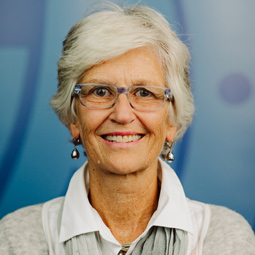 Lyn was active in her children's schools as they were growing up, as head of the Parent's Association at both Brookwood and Pingree Schools and as a trustee at Pingree for twelve years. She was on the board of The National Braille Press in Boston and has volunteered on several political campaigns.

For the past 25 years, she has mostly been involved in Christian organizations. She, along with her husband, were founding members of Alpha New England, having facilitated numerous Alpha Courses on the North Shore. Lyn is a co-leader of a Bible Class and a member of numerous fellowship/prayer groups.  At Gordon College, she has been on the Advisory Committee of the Center for Faith and Inquiry and the Council of 125.  Lyn has been a Chalice Bearer and Lay Eucharistic Minister at Christ the Redeemer Anglican Church in Danvers, Massachusetts, and has also served on various committees there. She currently attends Sacred Heart with her husband Tom.

She and her husband live in Manchester, Massachusetts. Lyn enjoys playing tennis, reading, walking, and traveling.