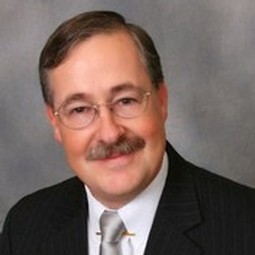 Sam Schreiner is a graduate of Gordon College and Gordon Conwell Theological Seminary. From 1977 to 1983 he worked at Gordon in the Student Development and Career Development Offices. Since 1983 he has been an ordained minister in the Presbyterian Church, serving as the lead pastor in churches in New Hampshire and Connecticut. Until September of 2016, he had been the Pastor and Head of Staff of the Noroton Presbyterian Church, in Darien, Connecticut. In 1987 Sam was invited to be a lecturer in the Department of Ministry at Gordon Conwell Theological Seminary, training Presbyterian students there until 2004.

Sam has been a retreat and renewal speaker in churches in New England, New Zealand, Pakistan, and Kenya. He has co-hosted tours to biblical sites in Greece, Turkey and Israel. In 1999, he participated in the inaugural season of an archeological dig in Israel (Project Zeitah). In 2007 Sam traveled to Pakistan to visit the land of his mother’s birth (where his grandfather had been a missionary) and to see Forman Christian College in Lahore. Sam is currently the Executive Director of the Friends of Forman Christian College, which supports the mission of the school. Forman Christian College has educated former prime ministers of India and Pakistan, and today is co-educational, educating Muslims and Christians side by side.

Sam is married to Debra Cole, also a Gordon graduate, and together they have three children and nine grandchildren.