On-campus events have been canceled through April 14, 2020. We apologize for this inconvenience and hope to be able to reschedule soon!

At their début concert in Boston in 2012, the then-unnamed Arabella Quartet received a glowing review from The Boston Musical Intelligencer: “The group played like they had been together for years … with freedom, drive, and risk-taking that were quite astonishing in a debut performance … the luftpausen were taken with complete unanimity, the senza vibrato moments showed perfect tuning, and the sections with vibrato were actually synchronized … Though there are already plenty of fine quartets before the public, I nevertheless encourage this quartet sine nomine to get a name and a performing life”. Thus was born the Arabella Quartet, an ensemble of four like-minded musicians.

The members of the quartet hail from around the globe and first met at Yale University, where Causa and Kwok were serving on the faculty. A veritable United Nations of chamber music, they represent Denmark, Australia, Italy and France and carry on the pedigree of great European traditions and masters—the Paris Conservatoire, the University for Music and the Performing Arts Vienna, and the Menuhin Academy—as well as the influence of celebrated American ensembles, such as the Guarneri, Tokyo, and Juilliard quartets. This mélange of musical training and backgrounds imbues their performances with a distinctive freshness, inventiveness, and musical depth.

In addition to performing as the Arabella Quartet, its members enjoy varied individual careers and bring to their quartet life a mature musicality and sense of equality. Julie Eskar is first concertmaster of the Danish National Chamber Orchestra, as well as a founding member of the acclaimed Eskar Trio. Sarita Kwok is resident artist, Professor of Music, and Chair of the Department of Music at Gordon College. Eskar and Kwok rotate in their roles as first and second violinists. Ettore Causa is the viola professor at Yale’s School of Music. Alexandre Lecarme is a tenured member of the Boston Symphony Orchestra and Boston Cello Quartet.

The Arabella Quartet's debut CD, titled "In the Moment" was released by Naxos Records in May 2017. An innovative program that explores time, place and mood through a series of short pieces, the disc was named Album of the Week by ClassicFM, who declared it "an album well worth dipping into, exceptionally well played." In November 2017, the world's leading string periodical The STRAD, described "In the Moment" as a fine disc, the Arabella digging deep to produce performances of great intensity and poise. 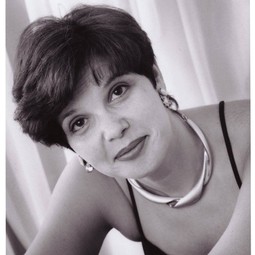 Alina Polyakov teaches applied piano at Gordon. She was born in the Ukraine in the former Soviet Union, and holds both masters and doctoral degrees from the Gnessin’s Conservatory in Moscow. Her principal teachers were Emil Gilels, Yuri Petrov and Leonid Brumberg. Ms. Polyakov has performed with the Gnessin’s Conservatory Orchestra and has performed extensively in the former Soviet Union. Her performance experience also encompasses solo recitals and orchestral appearances, chamber music, and recital accompaniment throughout the United States and Europe.

In 1989, Dr. Polyakov immigrated to the United States. She has served on the faculty of Gordon College, Atlantic Union College and the Boston Conservatory, and has directed piano master classes at the Vienna Conservatory and the University of Strathclyde in Glasgow. She performed with the New England String Ensemble with Federico Cortese at Jordan Hall and in 2008 performed Rachmaninov’s Third Piano Concerto with the Gordon Symphony Orchestra conducted by James Buswell. She played at the Rockport Music Festival in a duo piano recital with Mia Chung.

Dr. Polyakov intensively performs with musicians from the Boston Symphony Orchestra at Symphony Hall, Jordan Hall, Harvard University, Rogers Center for the Arts at Merrimack College, and the Tsai Center at Boston University. She has performed solo recitals at Brandeis University and Gordon College and has performed at the Goethe Institute. Ms. Polyakov’s performances have been aired throughout metropolitan Boston on WGBH Radio 89.7 and WHDH-TV.

As a member of the Rachmaninov Trio, Dr. Polyakov performs extensively throughout the United Kingdom and the United States. The trio has performed at such venues as Hutchenson’s Hall, the Royal Academy of Music and St. Andrews University. The Glasgow Herald wrote: “It was Polyakov’s unpretentious virtuosity that seemed to bind the trio together. Her playing was generous and masterful, never dominating the ensemble, never holding back when it mattered.”