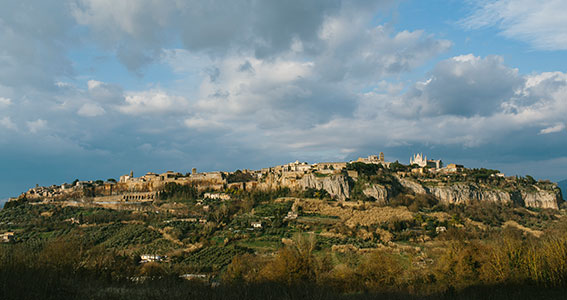 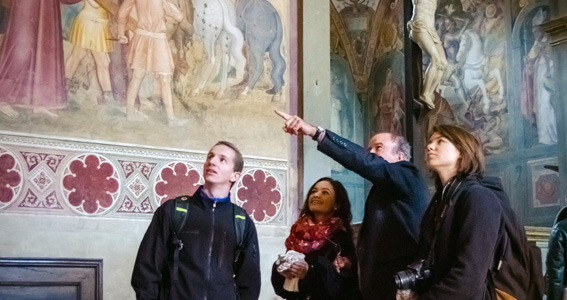 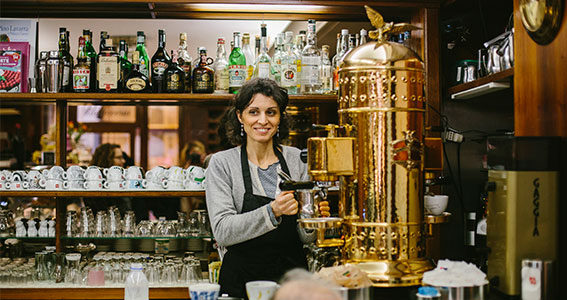 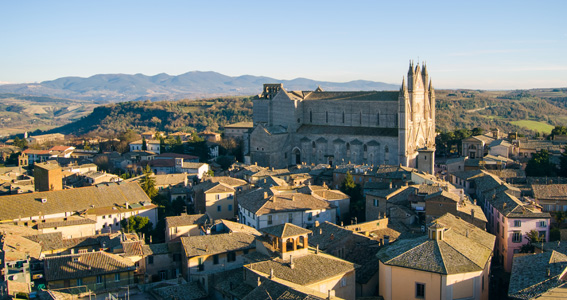 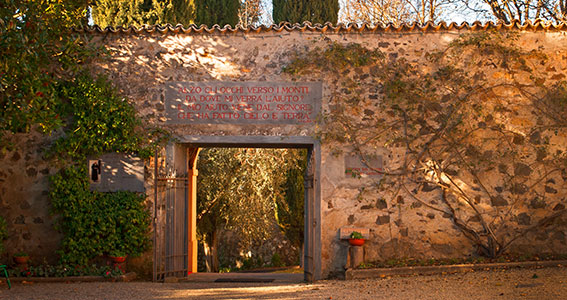 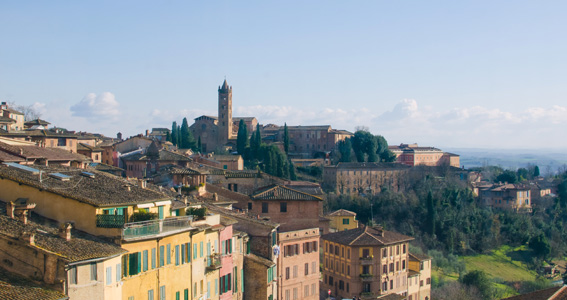 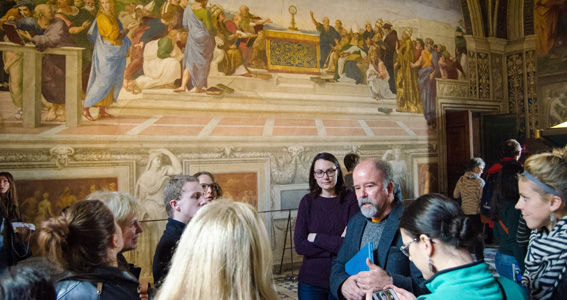 The JAF Winter Seminar in Orvieto combines the Great Books, Socratic approach of Gordon College’s Jerusalem and Athens Forum (JAF) honors program with the emphasis of the Studio for Art, Faith & History on experiencing art, architecture, and literature in their original settings. Students earn 4 credits. The program is also open to adult learners without registering for academic credit, whether or not they are affiliated with Gordon College.

Every JAF291 seminar focuses on one important aspect of the Christian digestion of the rich intellectual and cultural heritage of the classical world. The January 2020 version takes up the concepts and vocabulary of the virtues and vices of human character (for example, the cardinal virtues of prudence, justice, temperance and fortitude, described and analyzed with care and precision by Aristotle and Cicero), and explores how this moral vocabulary was accepted and interpreted by thinkers such as Augustine and Thomas Aquinas to render it compatible with Christian faith and the doctrines of human sin and sanctification.

Yes, this course opens up some of the classic theoretical texts that shaped the Western intellectual tradition, but its final purpose is to study how the vocabulary of virtues and vices got into the eyes, ears, minds and psyches of ordinary people as guides to perception, judgment, and choice-making in real life. For that, we will attend closely to the popular literature of Dante and Chaucer and the morality plays as well as to the rich and sophisticated depiction of the virtues and vices in the visual art of the period.

Excursions to Rome, Siena, Florence, and in Orvieto itself will give material grip and context to our study.

The JAF Winter Seminar takes advantage of the Studio for Art, Faith & History’s spectacular location in the cliff-top town of Orvieto (Italy), situated in the Umbrian countryside between Florence and Rome.  Participants will sojourn in the recently-renovated thirteenth-century monastery that serves as the home of Gordon College’s arts-oriented semester program.  The nine double rooms in the residential wing come with private baths.  The library-classroom is bright and airy.  Our private chef Maria takes pride in presenting the best of Umbrian cuisine.

Days in Orvieto with lectures and discussion and local visits will alternate with excursion days.

Included in the Cost

Round-trip airfare from Boston and all ground transportation in Italy; lodging (in double rooms with baths); all meals (except for Sunday); all entrance fees.

Application Deadline
All applications are due by October 15, 2019

Dr. John Skillen (Ph.D. Medieval and Renaissance studies, Duke University) is the director of the Studio for Art, Faith, and History at Gordon College, and senior advisor for classical learning initiatives. He was the medieval and Renaissance specialist in the English department before inaugurating the Gordon IN Orvieto semester program in 1998. Professor Skillen's interests are broadly in the arts and cultural history, and the renewed relevance of moments in early European culture for the conditions of our present, themes exemplified in his book, Putting Art (back) in its Place (2016).