The Gallery at Barrington Center for the Arts is a modern and spacious art gallery. Both the large and small galleries are open for public viewing during exhibition dates, Monday through Saturday, 9 a.m. to 7 p.m. All exhibitions are open to the public and admission is free. Please check the Gallery Schedule for exhibition dates and details. 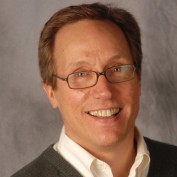 Bruce Herman joined the faculty of Gordon College in 1984, becoming the first Art Department chair in 1988. He directs and curates the gallery program, in addition to teaching figurative painting. He received the Junior Distinguished Faculty Award in 1992 and was awarded the first fully-endowed Distinguished Chair at Gordon in 2006. His art has been exhibited internationally and is housed in museums such as the Vatican Museum in Rome, the Armand Hammer Collection in Los Angeles, and locally at the DeCordova Museum in Lincoln, MA.