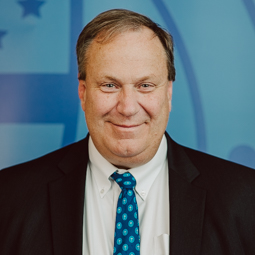 As executive vice president for campus life, Dan leads many elements of the co-curricular dimension of student life, including the chapel office, student counseling, the health center, residence life, outdoor education, the MIO office, the Career and Connection Institute, the Center for Entrepreneurial Leadership, student employment, human resources, parent relations, and alumni relations. Dan also pursues the spiritual, social, and vocational development of Gordon students by working with the academic division to integrate curricular and co-curricular programs and initiatives throughout the undergraduate experience at Gordon. Another key area of responsibility for Dan is the spiritual, professional, and career development of Gordon staff. In the midst of his other responsibilities, Tymann remains committed to building significant relationships with Gordon students and their families.

Dan finds the work at Gordon to be deeply meaningful, but it is the relationships he forms with students and staff alike which confirm his calling to Gordon. He and his wife, Andrea, serve as parents-away-from-home to many students, particularly international students; his daughter Sarah Welch is a graduate of Gordon and current Resident Director at the College. His favorite things to do are to talk with students, spend time with his new granddaughter, or take his grandson on a golf cart ride around campus, saying hi to people all along the way. Dan’s life verse is Romans 8:28, and he has seen God work through it repeatedly in his life. Of his work at Gordon, Dan says: “Gordon is a place where you’re able grow and be challenged in your faith while being blessed by the many meaningful and caring relationships.”

Tymann received his B.S. in electrical engineering from Tufts University in 1981. From 1981 to 2005 he directed manufacturing and engineering organizations for AT&T, Lucent Technologies and Cisco Systems. Beginning in 1990, he led worldwide manufacturing operations for systems and processes of Optical Networking products and subsystems. He chose to bring his talents and experience to serve Christ at Gordon College in August of 2005.