The nature of law and legal analysis has always had a close connection to philosophical thinking and reasoning. The American Bar Association and leading law schools recommend that undergraduates pursue broad, rigorous preparation in the liberal arts. The pre-law program will equip you with skills necessary for success in law school and beyond, by introducing you to the philosophy of law, constitutional law, formal logic and economics—all while you still receive a broader liberal arts education.

Pre-law can either be completed as an interdisciplinary minor or a concentration within the philosophy major.

Why study pre-law at Gordon?

Gordon’s New England location opens doors to internship and job opportunities in Boston—and cities like New York and Washington, D.C. You may follow in the footsteps of Gordon students who have gained professional experience at places including the U.S. Senate, House of Representatives, and Supreme Court, and the Pew Forum on Religion & Public Life.

What careers can I pursue with a minor in pre-law?

In addition to preparing you for law school, it is a strong foundation for graduate studies in fields such as political science, legal theory and international politics. The pre-law program equips you for careers in government, public affairs and nonprofit organizations, including:

Data collected from Gordon graduates between 1989 and 2010. 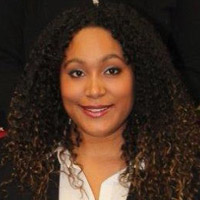 “With the wisdom from amazing professors, such as Dr. Ivy George, I was given hope that faith could be reconciled with my newfound appreciation for diversity. For me, Gordon was a place of transition. Despite the growing pains, I thankfully emerged from my college experience with some of the most thoughtful and inspiring friends that I could hope for.”

Off campus, you can get hands-on experience through internships in nearby communities, in Boston, and even in Washington, D.C. On campus, hone your research, presentation and debate skills by joining Gordon’s Mock Trial Club, the Model United Nations club, or the Political Discourse Club. Explore worldwide issues by joining the International Justice Mission.

In our globalized world, local political and justice-related issues often have global implications. Study abroad adds a valuable dimension to preparation for a legal career. Spend a semester broadening your perspectives: