One of Gordon College’s most high-profile presidents, Harold John Ockenga was a nationally recognized preacher, theologian and educator. A native of Chicago, his own education included degrees from Taylor University, Westminster Theological Seminary and a Ph.D. from the University of Pittsburgh along with several honorary degrees. Among his myriad accomplishments, Dr. Ockenga was one of the founders of Christianity Today magazine, a founder and former president of the National Association of Evangelicals, a founder and first president of the Fuller Theological Seminary, and a director of the Billy Graham Evangelistic Association. Before taking on the role of president of Gordon College and Divinity School he was the pastor of the influential Park Street Church in downtown Boston for 33 years.

Dr. Ockenga was offered the presidency at Gordon in 1969. During his years as President, Ockenga continually invested in securing the best faculty and the best students, and in maintaining a top-notch liberal arts program. And in the seven short years of his presidency, Gordon saw substantial strengthening in academics, enrollment, buildings and engagement with the wider higher education community. The College became one of the founding members of the Christian College Consortium in 1971. By 1975, a thousand students were attending Gordon. Perhaps in response to this substantial influx, the position of Dean of Christian Life was created to oversee the spiritual direction of the students, administering the chapel services and other programs.

Dr. Ockenga left the presidency of Gordon College in 1976, receiving the title of chancellor. He remained as president of Gordon-Conwell Theological Seminary (which had only a few years earlier formally separated from Gordon College) until he retired from that position in 1979. 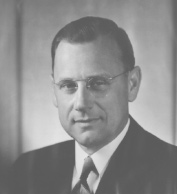