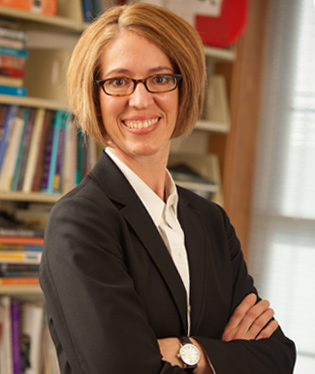 Dr. Gardner joined the Gordon faculty in January 2017. She most recently served as Visiting Professor with the Center for the Study of Religion and Society at the University of Notre Dame, where she continues to hold a visiting appointment. She previously served as Associate Professor at Wheaton College, where she received the Junior Faculty Teaching Award. She has also served as a Visiting Professor at Willamette University.

Dr. Gardner works at the intersection of rhetoric and cultural sociology, focusing on gender, sexuality, religion, and social movements. Her scholarship focuses on questions of identity, agency, power, the role of religion in the public sphere, and the role of rhetoric in social change. She has taught courses in Rhetorics of Sex and Gender; Rhetoric of HIV/AIDS; Public Advocacy; Theology of the Body; Communication Criticism; Messages, Influence, and Culture; Public Speaking; Devising Performance; and Perspectives on Communication.

Her first book, Making Chastity Sexy: The Rhetoric of Evangelical Abstinence Campaigns (University of California Press, 2011) took her to Kenya, Rwanda, and across the United States to explore how evangelicals are using sex to sell abstinence. The book was awarded the Stephen E. Lucas Debut Publication Award from the National Communication Association. Christy has also presented papers on social issues such as physician-assisted suicide, reproductive technologies, HIV/AIDS, and modern-day slavery.

Dr. Gardner’s current research focuses on the intersection of sexual identity, spiritual formation, and rhetorical agency among LGBTQ Christian college students. The project has received funding from the Louisville Institute and Wheaton College. She has published her work in Communication and Critical/Cultural Studies, Rhetoric and Public Affairs, Christian Scholar’s Review, The Wall Street Journal, and Christianity Today.

In her professional career, Dr. Gardner served on the editorial staff of Christianity Today and as Communications Director for World Concern. She also has worked as a radio broadcaster at contemporary Christian music and adult album alternative stations.