Our students take on research projects with faculty here at Gordon College as well as during summer research experiences around the US and abroad. All students discuss their results in lectures given on our campus; some students also bring the results of their research to an American Chemical Society national meeting. Here are a few selected examples of research projects that students have engaged in during the past year or two:

Some students bring the results of their undergraduate research to the primary professional conference for chemistry—the American Chemical Society national meeting. During the past decade, many of our students have made these journeys an important part of their professional development. 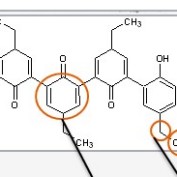 Chemistry and Biology double major Kristen Entwistle won top honors at the 2011 Undergraduate Research Symposium held here at Gordon. Her work was recognized as the best poster in the physical sciences area. Andrew Worth, also a chemistry major, was awarded as runner-up. 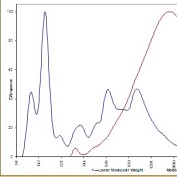 At a recent ACS National meeting, students traveled all the way to Boston to present on their research.

The following posters were presented: 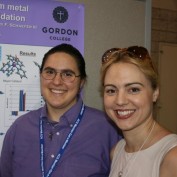 Gordon College students and faculty traveled to Washington, DC to present their work at an American Chemical Society National Meeting.

The following poster was presented.

Note: Rachel is currently in graduate school at the University of Pittsburgh 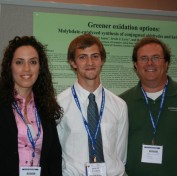 Gordon College students and faculty traveled to Washington, DC to present their work at an American Chemical Society National meeting.

The following poster was presented.

Note: Rowan is currently working at the Warner-Babcock Institute for Green Chemistry 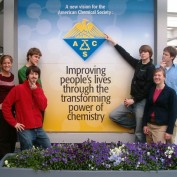 In the past decade, dozens of students have undertaken research projects that have resulted in presentations at regional and national science meetings. Students have presented at the following venues: 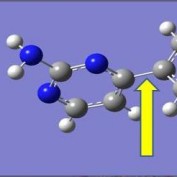 You can see the full poster using the link below. 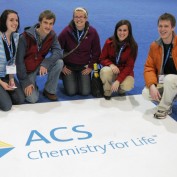 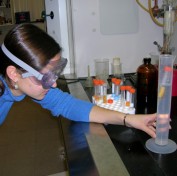 Okra seed abounds in tropical and sub-tropical regions, and has a protein and fat profile similar to that of conventional vegetable oils used for both food and biodiesel production. Okra seed, however, is underutilized and understudied.

Chemists all around the world are becoming more and more interested in finding "greener," more environmentally friendly, and less hazardous ways to produce chemical products.

Green Chemistry, specifically, is the design of products and processes that reduce or eliminate the use and generation of hazardous substances.

Biofuels, made from the transesterification of vegetable oils, fulfill several principles of Green Chemistry:

Presented is a laboratory-scale extraction of oil from okra seed and preparation of biodiesel from okra seed oil. We have also done a comparison of the properties of okra seed biodiesel to conventional biodiesel and commented on the viability of okra seed as a potential fuel source. Finally, we discuss the outcomes of this project in light of the "12 Principles of Green Chemistry."1 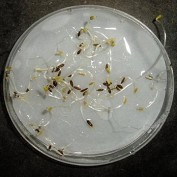 The goal of green chemistry is the design of materials and processes that are inherently safer for human health and the environment. Currently, few undergraduate chemistry students are trained about the toxicity of chemicals and even fewer experience the laboratory investigation of chemical toxicity. Here we present a laboratory experiment that enables students to measure ecotoxicity of different alternative starting materials used for the preparation of biodiesel. Lettuce seed assays were used to compare the ecotoxicity of methanol, ethanol, and 2-propanol by these toxins' effects on germination rate and root elongation of lettuce seeds. The experiment is simple, fast, inexpensive, reproducible, and possible to perform with standard equipment available in most chemistry teaching laboratories.

The seeds were exposed to water dosed with alcohol (either methanol, ethanol, or isopropanol) at various concentrations to determine a dose/response effect. The seeds were allowed to grow for one week, in the dark, at room temperature. After one week, seeds were assayed by counting the number of seeds that germinated and measuring the root elongation of the germinated seeds.

The data suggests that toxicity of all three alcohols intensifies as concentration increases. Surprisingly, methanol appears to be less toxic to the seeds than the other two alcohols. Methanol is known to be more harmful than ethanol or isopropanol to humans, and thus the result reminds us that ecotoxicity and human toxicity are not necessarily
the same.1

This lab experiment has been documented in the GEMS database and also has been incorporated in the University of California/Berkeley's green chemistry Biofuel lab sequence.