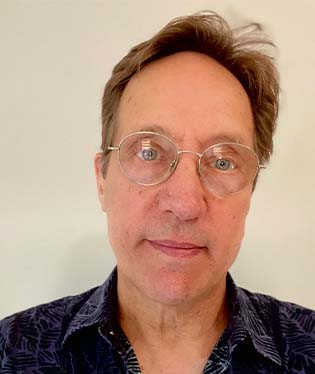 Director, Gallery at Barrington Center for the Arts

Bruce Herman is on sabbatical for the fall 2020 semester. Dr. Christine Gardner is the chair of the department of Communication Arts, Theatre, and Art​.

Bruce Herman joined the faculty in 1984 and became the first chair of the Art Department in 1988. His primary focus as a teacher and artist is figurative painting. He received the Junior Distinguished Faculty Award in 1992 and was awarded the first fully-endowed Distinguished Chair at Gordon in 2006. His art has been exhibited internationally and is housed in museums such as the Vatican Museum in Rome, the Armand Hammer Collection in Los Angeles, and locally at the DeCordova Museum in Lincoln, Massachusetts.

His multifaceted work also speaks for Gordon College: As founder of the College’s art department Bruce has, for more than three decades, been a strong contributor to the flourishing of the larger Gordon community. As Lothlórien Distinguished Chair in the Fine Arts, he remains a catalyst for change at Gordon—transforming blank canvas into lush image, an old gymnasium into a first-class center for the arts, fledgling artists into mature, inspired painters.

“God's created beauty is impossible to express fully, but the search for a fitting means of responding to the color, texture, and multitude of shapes in the creation is the driving force behind my art and my teaching.”