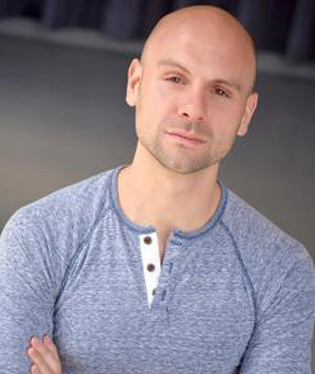 Trained by world-renowned voice teacher and theater artist Kristin Linklater, Paul has served on the faculties of Emerson College, Gordon College, and Boston University. A certified Alexander Technique teacher, Paul is also currently an assistant professor of theater at Boston Conservatory. In addition to his work in academia, he has been the resident voice instructor for Commonwealth Shakespeare Company since 2013, where he teaches in the Summer Apprentice Program, and he offers workshops throughout the year for M.B.A. candidates on the intersection of public speaking and voice training for actors at Babson College. Before arriving in the Boston area, Paul worked extensively with Shakespeare & Company in Lenox, Massachusetts, where he directed the youth training program, Riotous Youth, and acted in numerous productions both on the main stage and on tour. As an actor, his credits include work with acclaimed director Irina Brook, the Boston Symphony Orchestra, the Hanover Theatre, North Shore Music Theatre, SpeakEasy Stage Company, Gloucester Stage Company, the Devanaughn Theatre, Boston Playwrights’ Theatre, and the Metro Stage Company.

D'Agostino holds an M.F.A. in theater education (with a concentration in voice and speech) from Boston University, an M.M. in musical theater from Boston Conservatory, and a B.A. in theater arts from Gordon College. Additional training includes seminars on vocal health and rehabilitation at Massachusetts Eye and Ear Infirmary; the month-long intensive at Shakespeare & Company with Kevin Coleman, Tina Packer, and Dennis Krausnick; Alexander Technique with Debra Adams and Betsy Polatin; and Linklater apprenticeship under master teacher Paula Langton at Boston University.