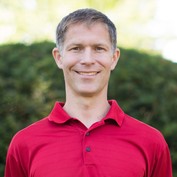 Nicole Drukker was appointed Gordon College’s head men’s and women’s swim coach and aquatics director in the summer of 2018. Drukker graduated from Gordon College with a degree in kinesiology and a minor in art in 2016. A leader in and out of the pool, she was named captain for her senior season. During her time at Gordon, she worked as a lifeguard and swim instructor, a student aid in the athletic training room, and interned at the College’s Balance and Mobility Center where she cared for patients with brain injuries. Outside of Gordon, Drukker was a head lifeguard at Demarest Lloyd State Park in Dartmouth, Massachusetts for six summers as well as working as an exercise specialist at Performance Physical Therapy.