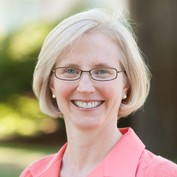 Sandra has been a teacher of music to students in Kindergarten through graduate school. She is the Dean of Faculty, Associate Professor of Music and Director of Graduate and Undergraduate Music Education at Gordon College. She teaches courses in music education methods, learning theory, assessment, curriculum development; supervises student teachers; and conducts the Gordon College Children’s Choir. She founded the Children’s Choir in 2000 to give children in the community an opportunity to grow as musicians, and music education majors an opportunity to develop as teachers and conductors. Sandra has also served on the faculty of the New England Conservatory Preparatory School, where she was Associate Conductor of the Children’s Choir Program. Under her guidance, NEC implemented choral programs for early elementary and middle school students that focused on vocal pedagogy and building musicianship. She has served as a conductor for MENC (NAfME) and ACDA sponsored events throughout the Northeast, and is co-founder of Embracing the New Music Educator – a mentoring program for new music educators in Massachusetts. She currently serves as co-chair of the Massachusetts Common Music Initiative Project.

Dr. Doneski has published articles and conducted workshops on choral literature and techniques, curriculum development, assessment and mentoring. She recently co-authored a chapter in the MENC Handbook: Research on Teaching and Learning in Music Education titled Research on Elementary and Secondary School Singing.

She is a graduate of Gordon College and received her Master’s and Ph.D. in Music Education from The Hartt School, University of Hartford. 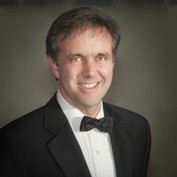 Gerald J. Dolan, Jr. is the recently retired Director of Fine Arts for the Ipswich Public Schools. He was Director of Bands conducting the high school Concert Band, Pep Band, and Jazz Ensemble and the sixth-grade band for 30 years. He has taught high school courses in Jazz Improvisation, Computer Music Composition, and Music Theory.

Mr. Dolan has studied conducting with Malcolm Rowell and Frank Battisti. He holds degrees from St. Michael’s College and the University of Massachusetts at Amherst.

Mr. Dolan received the 2003 Olmstead Award for excellence in secondary school teaching from Williams College and was honored by the Massachusetts Music Educators' Association (MMEA) with the 2002 Lowell Mason Award.

As a 1993 Fulbright Scholarship recipient, he served as Head of Music at the Speedwell School, in Bristol, England.

A member of the American Symphony Orchestra League, Fulbright Association, International Association of Jazz Educators, and Massachusetts Music Educators’ Association, he is active as a guest conductor, clinician, and adjudicator throughout New England and the United Kingdom. Mr. Dolan lives in Ipswich with his wife, Susan, and their two children. 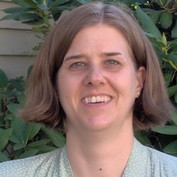 Kirsten Helgeland holds degrees in piano performance from the Eastman School of Music and the College-Conservatory of Music of the University of Cincinnati. She also holds a Ph.D. in musicology from the University of Cincinnati. Dr. Helgeland has served as a member of the Gordon College Department of Music faculty, teaching undergraduate and graduate courses in music history and theory, teaching piano, coaching instrumentalists and vocalists, and serving as accompanist for the Gordon College Children's Choir.

Since 2005, Dr. Helgeland has served as accompanist for the Newburyport Choral Society, and also as Music Director and Organist at St. Peter's Episcopal Church, in Beverly, MA. Dr. Helgeland has performed nationally in recitals in Ohio, Vermont, Massachusetts and Illinois and has appeared as a guest artist on WGBH Radio's Chamberworks. She has been invited to present for the American Musicological Society, the College Music Society, and the Society for American Music. Dr. Helgeland currently runs Studio K in Beverly MA, a music studio providing a range of services in music education, training, coaching and performance preparation. 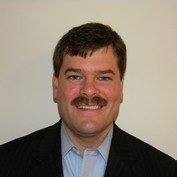 Todd Young is the current Chair of the Fine and Performing Arts Department at Newton North High School, Newton, MA, where he also teaches Chorus, Music Technology, Film Scoring, and Music History. In addition to his new role as a graduate faculty member, Mr. Young serves as a part-time instructor in undergraduate music education at Gordon College.

Previously, Young taught middle school music in the Needham, MA, public schools, and his supervision and administration education and experience led to a position as the K–12 Coordinator of Performing Arts for the Canton, MA, public schools. He is an active member of MMEA, serving as the K–12 Administrative Representative on the Executive Board, and the Audio Visual Chair for the annual MMEA All-State Conference.

Mr. Young has studied conducting with Dr. Ann Howard Jones, saxophone with William Pierce and Fred Lipsius, and clarinet with Gary Gorczyca and Dr. Peter Cokkinias. He holds a Bachelor of Music from Berklee College of Music, a Master of Sacred Music from Boston University, and a Fine Arts Director Certificate from Fitchburg State University.