In Memory of Janet Arndt 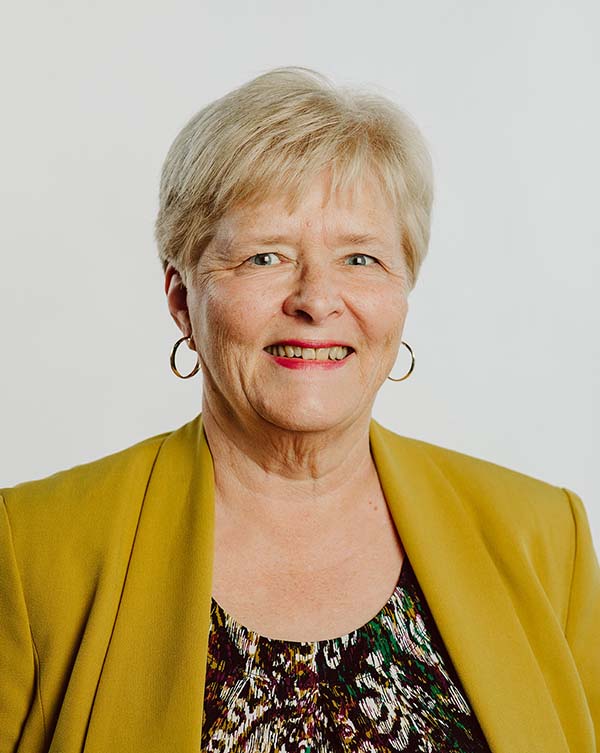 Gordon College is shocked and saddened by the passing of Dr. Janet (Spoerer) Arndt, dean of the School of Education, on Monday, December 13, 2021. Arndt served the College for more than 25 years in teaching and administrative roles.

A 1968 Gordon alumna, Arndt returned to her alma mater in 2001 as the Massachusetts Department of Elementary and Secondary Education (DESE) licensure officer after a long career in public education and New Hampshire state politics. In 2008, she became the director of graduate programs in education even as she continued assisting teacher candidates and alumni in obtaining state teaching licensure in Massachusetts and elsewhere. Arndt developed and implemented the Master of Arts in Leadership degree program, which launched in 2016. She was instrumental in the establishment of the School of Education in 2019, being named dean upon its inception. That same year, she joined the President’s Cabinet as the faculty representative.

Arndt is remembered as a talented, passionate educator whose dedication to the field and her students was evident in her work. She once said, “I’m convinced that education remains the profession behind all others. It shapes business leaders, nurtures doctors, prepares pastors and inspires advocates. By equipping graduate students for excellence in leadership, we cast a wide net of influence on future generations. I am likewise convinced that inherent in our Christian life is a call to action—to step with courage into places of leadership.”

Inspired by their own studies under Dr. Winifred Currie ’45, Arndt and her sister, Dr. Priscilla (Spoerer) Nelson ’74, had worked side-by-side at Gordon for the past two decades. Together they garnered national recognition for the College’s education program, specifically for its strong commitment to evidence-based reading instruction and its academic selectivity.

Prior to her career at Gordon, Arndt was a public-school teacher, early childhood specialist, guidance counselor and principal. A resident of Windham, New Hampshire, Arndt was a policymaker as a state representative in New Hampshire for 10 years. She was a member and past president of the International Christian Community for Teacher Education.

Arndt earned her bachelor’s in psychology from Gordon, Ed.M. from Boston University and Ed.D. from University of Massachusetts, Amherst. Her areas of research were family/school partnerships, transitions, special education, mentoring, and the use of Universal Design for Learning in teacher preparation.

In addition to Nelson, Arndt left behind her husband, Ken, who passed shortly after her; children Elissa ’00 (Matthew) Rader, Emily ’03 (Flavio) DeCastro, Ethan ’05 (Joice) and Erica ’08; and nine grandchildren.

A celebration of life service will take place on Tuesday, December 21, 2021, at 2 p.m. in the A. J. Gordon Memorial Chapel and will be livestreamed at www.gordon.edu/chapel/live. Masks are required.