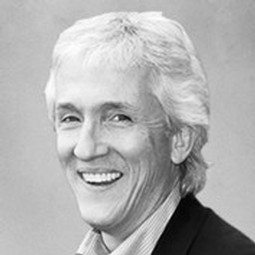 Dr. Christopher Azzara
Pianist, arranger, author, and educator, Christopher Azzara has made important contributions to advancing the understanding of creativity and improvisation in the music learning process. An innovator in the area of music teaching and learning, Dr. Azzara is Professor and Chair of Music Education and Affiliate Faculty of Jazz Studies and Contemporary Media at the Eastman School of Music.

Teaching and performing internationally, he is the author of numerous articles, arrangements, and books, including Developing Musicianship Through Improvisation, Creativity In Improvisation, and Jump Right In: The Instrumental Series (GIA). His arrangements for instrumental and vocal ensembles include A la nanita nana for choir and chamber orchestra or piano (Oxford), and Concert Selections for Winds and Percussion (GIA). His research and publications are concerned with meaningful relationships among listening, creating, improvising, reading, composing and analyzing music in vocal and instrumental settings. Dr. Azzara’s work has appeared in journals such as the Journal of Research in Music Education, the Music Educators Journal, Early Childhood Connections, and in The New Handbook of Research on Music Teaching and Learning (MENC/Oxford). He performs as a soloist and in various ensembles, including the Chris Azzara Quartet, and has played on and produced many studio and educational recordings. In Rochester, he performs with free-lance musicians, members of the Eastman School of Music faculty, and members of the Rochester Philharmonic Orchestra. An active teacher and clinician, he has taught and performed extensively throughout the United States, and in Canada, the Caribbean, France, Germany, Italy, Lithuania, Poland, Japan, and Australia. He has presented clinics and workshops in a variety of settings, including TEDxRochester, the Pittsburgh Symphony Orchestra and leading music schools in this country and abroad.

Christopher Azzara is a native of Virginia and attended public schools in Fairfax County. After receiving the Bachelor of Music degree from George Mason University, he taught instrumental music in the Fairfax County Public Schools and performed as a pianist in the Washington D.C. area. He later received a Master of Music and a Ph.D. in Music Education from the Eastman School of Music. Prior to joining the Eastman faculty, Dr. Azzara was a professor at The Hartt School of Music, Dance, and Theatre of the University of Hartford, CT.

Kevin Coyne is a public-school music teacher in Waltham, Massachusetts, with 20+ years of experience.   He is primarily a middle school general music teacher, where he incorporates technology and popular music practices to help guide students towards life-long music making experiences.  Additionally, Kevin has taught music technology courses and popular music pedagogy courses at Boston University, and is also a doctoral student through Boston University’s Music Education program.  He has a BM from Berklee College of Music, MS in Music Technology from Indiana University-Purdue University Indianapolis.

Dr. Dorfman is the past-president of the Technology Institute for Music Educators, and serves that organization as membership chair. He has also been acknowledged with credentials as a Sibelius Ambassador, a MusicFirst Ambassador, and an M-Audio M-Powered Educator. 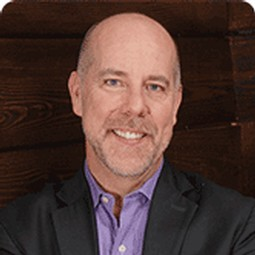 Dr. John Feierabend is considered one of the leading authorities on music and movement development in childhood. He is a Professor Emeritus of Music Education at the Hartt School of the University of Hartford and is a past-President of the Organization of American Kodály Educators. He is the author of over 70 books, recordings, and DVDs, several of which are the inspiration for the award-winning PBS children’s television series Lomax: The Hound of Music. He has given presentations internationally and in all 50 of the United States.

Dr. Feierabend continues to be committed to collecting, preserving and teaching the diverse folk music of our country and using that folk music as a bridge to help children enjoy and understand classical music. His creativity and research has resulted in two music methods: First Steps in Music and Conversational Solfege. Dr. Feierabend’s teaching has provided thousands of teachers and their students with the materials and techniques to help build community through music by evoking enthusiastic participation of all people.

Founded in 2012, the Feierabend Association for Music Education works to preserve Dr. Feierabend’s research and pedagogical techniques through teacher training, online community collaboration, and certification courses in both First Steps in Music and Conversational Solfege.

Drummer Jesse “Cheese” Hameen II is a Musician who is dedicated to utilizing his music to entertain and inspire people to attain a higher level of consciousness and human excellence. Jesse hopes the positive and educational messages in his music will encourage others to know conditions can be changed and that they can better their lives!

Born in New Haven, CT as “Jesse Kilpatrick Jr.”, Hameen’s family upbringing and deeply rooted background in gospel prepared him for his future in Afro-Cuban, R&B, and Jazz. At the age of ten (1951) Jesse and his friends formed an Afro-Cuban band named The Cuban Knights. The band was led by Paul Huggins and Bill Fitch and performed in the New Haven area for about two years. Jesse began successful road tours in 1963 and has since traveled and performed extensively throughout the United States, Europe, Africa, the Caribbean, Canada and Mexico. He has been leading his own group, Elevation, since 1976.

This list is far from complete as there are so many other great musicians that Jesse has performed with throughout his professional career which spans more than 50 years and continues to this day!
Jesse’s New Haven mentors were: Dickey Myers, Houston Person, Vernon Biddles, Frankie Williams, Curly Glover, Sonny Williams, Count Steadwell, Leo Stevens, Johnny “Hammond” Smith, Bobby Coles, and Willie Ruff.

Jesse is President and Founder of Inspire Productions Recording Company. The company has produced two releases for the Savant Record Label, “Thanks To You” and” Moving Out” by vocalist Ms. Irene Reid. “Give Your Life to God” and “Sign Of The Times” by Jesse Hameen II, “Why Don’t You Say, Yes Sometime?”  By trombonist Benny Powell and “Hit It” by the Neo Bass Ensemble.

Andrew is currently teaching at the Birches Academy in Salem, NH, The Waring School in Beverly, MA and The Brookwood School in Manchester By The Sea, MA. He also runs a thriving private teaching studio from his home in Beverly, MA.

Andrew is the Music Director, contributing author, editor and musical arranger for the House of Blues’s Music Forward Foundation’s “Blues Schoolhouse”. Blues Schoolhouse focuses on the history of American Music from its African roots to the modern-day. He has been with the show for 11 years. The show is seen by approximately 5,000 students in the Boston area at the House of Blues Boston.

He has performed with national artists such as Esperanza Spalding, Ronnie Spector, La La Brooks (of The Crystals), Charles Neville and local artists such as Peter Gammons Hot Stove Allstars, Susan Cataneo and Will Dailey in venues such as Fenway Park (opening for J Geils & Aerosmith), Symphony Hall Boston, The Blue Note NYC, House of Blues Boston and New Orleans, Avery Fisher Hall at Lincoln Center and the Hatch Shell in Boston.

Rodney Jones  started playing the guitar at age 6. He has recorded two records for the Blue Note label, “The Undiscovered Few” and “Soul Manifesto”. He has toured worldwide, performed and recorded with a who’s who of music including Dizzy Gillespie, James Brown, Lena Horne, Quincy Jones, Christian McBride, Stevie Wonder, Elvin Jones, Kenny Burrell, Stan Getz, and countless others. He was the house guitarist for the Apollo Theatre for 9 years, and the staff guitarist for the Rosie O’Donnell Show for 6 years. He has written commercials and has more than 125 compositions recorded. He recently scored a documentary film for PBS about African American GIs in WW2.  He served as Musical Director/Producer for Lena Horne, Ruth Brown, Gloria Lynne, Ernestine Anderson and others.. He has been a professor of Jazz Guitar Studies at The Juilliard School for 12 years and at The Manhattan School of Music for more than 20 years and has conducted clinics and workshops worldwide.

Katani Sumner is a counselor and educator in the Newton Public Schools as well as a sought after speaker/presenter and singer/songwriter. Well known as the “Inspirational MC” for the Gospel Brunch at the Original House of Blues’ Sunday Gospel Brunch, she also served in that role at the House of Blues-Fenway. Katani is currently a member of the House of Blues’ Schoolhouse Band where she is a singer/narrator for the History of the Blues presentations. Katani has a BA in Psychology and an MA in Education. Some of her proudest moments have been as a featured lead vocalist for the Boston Community Choir during the Gospel Night at the Pops performances. She recently released her first full-length CD project entitled appropriately, “Delayed Not Denied” available at www.cdbaby.com, on iTunes and Amazon.com. 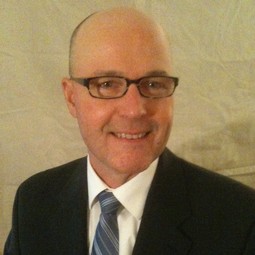 Kenneth Trapp teaches general music K-6 in Stratford, CT. He is also an adjunct Professor of Music Education at the Hartt School, University of Hartford, and at Gordon College in Wenham, MA. Ken has contributed chapters to two textbooks on the topic of developing aural skills; Engaging Music Practices; A Sourcebook for Middle School General Music, 2012, and The Development and Practical Application of Music Learning Theory, 2005. He is also a professional musician who performs in many ensembles both locally and nationally. Through years of study, Ken has used his knowledge of ensemble performance, harmonic awareness and improvisation to develop activities and materials for students of all ages to become successful playing the ukulele. He is committed to the challenge of bringing aural comprehension to young music learners.