A Retrospective on 10 Years 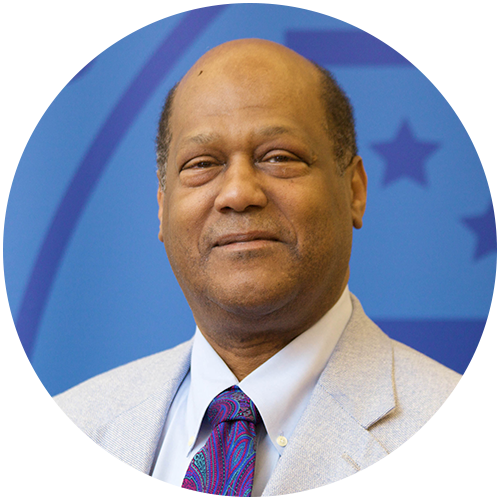 The Board of Trustees thanks the Lord for the many contributions of the entire Gordon community under President Lindsay’s leadership. We thank God for how He has worked through Michael and Rebecca Lindsay to touch every dimension of campus life, leading our beloved Gordon College to be stronger and more faithful to Christ. President Lindsay has faithfully led the College through a defining decade in Gordon’s history. Like the sons of Issachar, he has understood the times and known what to do in making a timeless mission—preparing the people of God for the work of God—timely. The Trustees are grateful to President Lindsay for his sacrificial service among the Gordon community. Because of his wise and strategic leadership, we are confident Gordon will continue to thrive in the years ahead. Just as the Lord has done extraordinary things over the last ten years, so also will He do even more in the years ahead. To God be the glory! Great things He has done!

View a timeline of a defining decade ➔

We thank God for the following milestones achieved between 2010 and 2020: 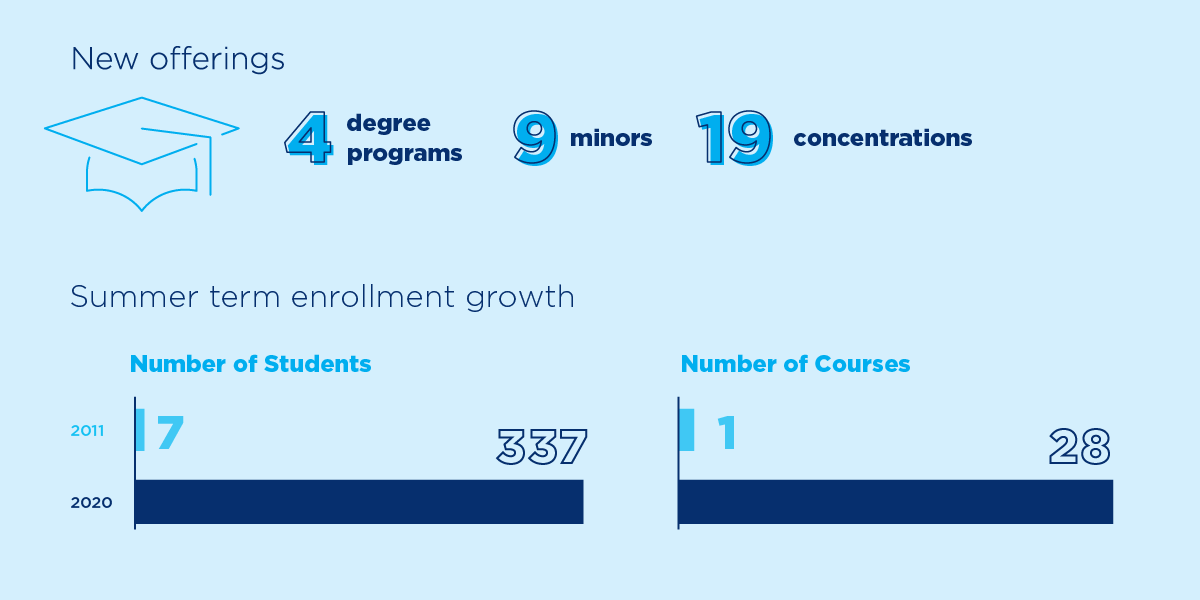 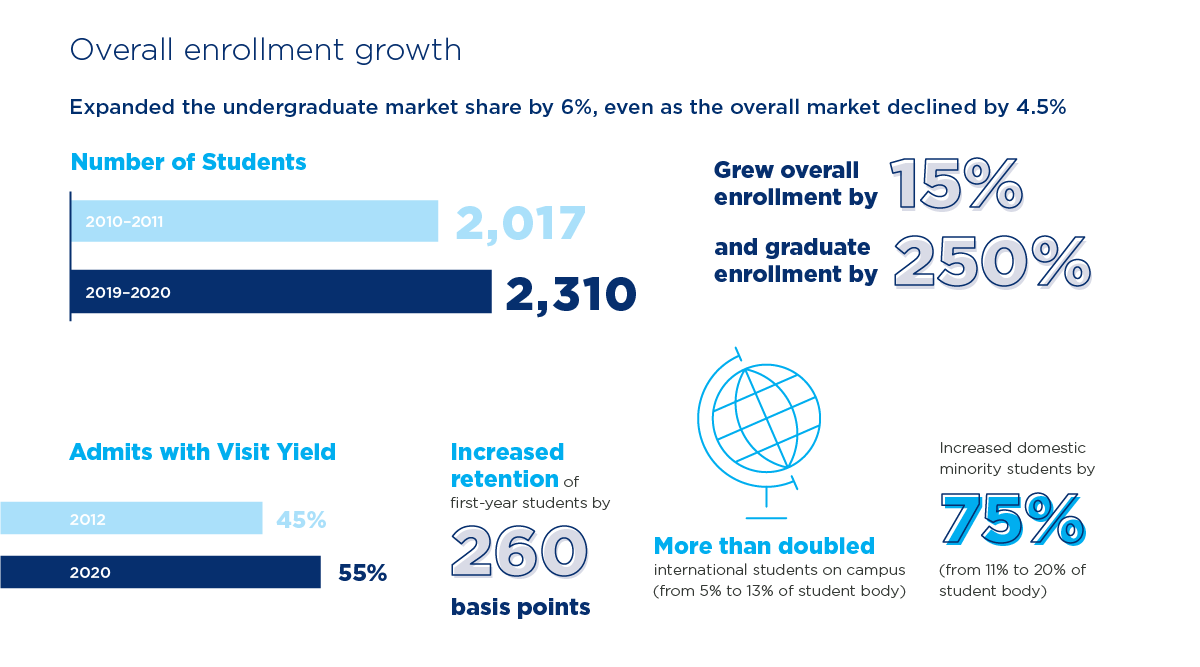 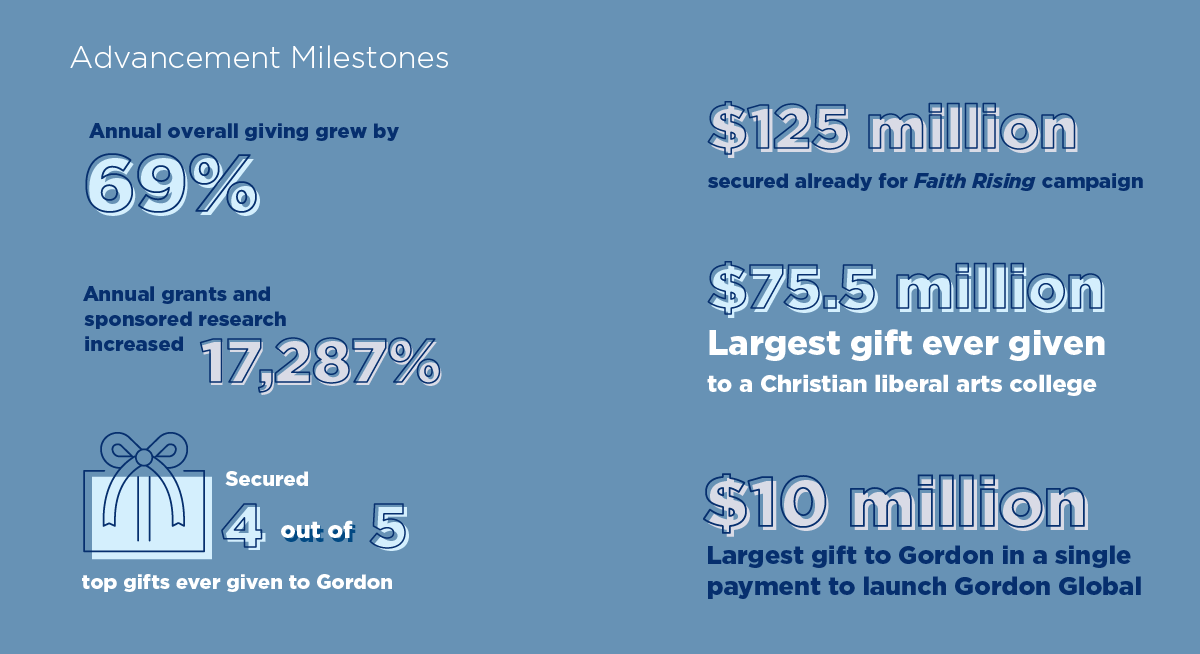 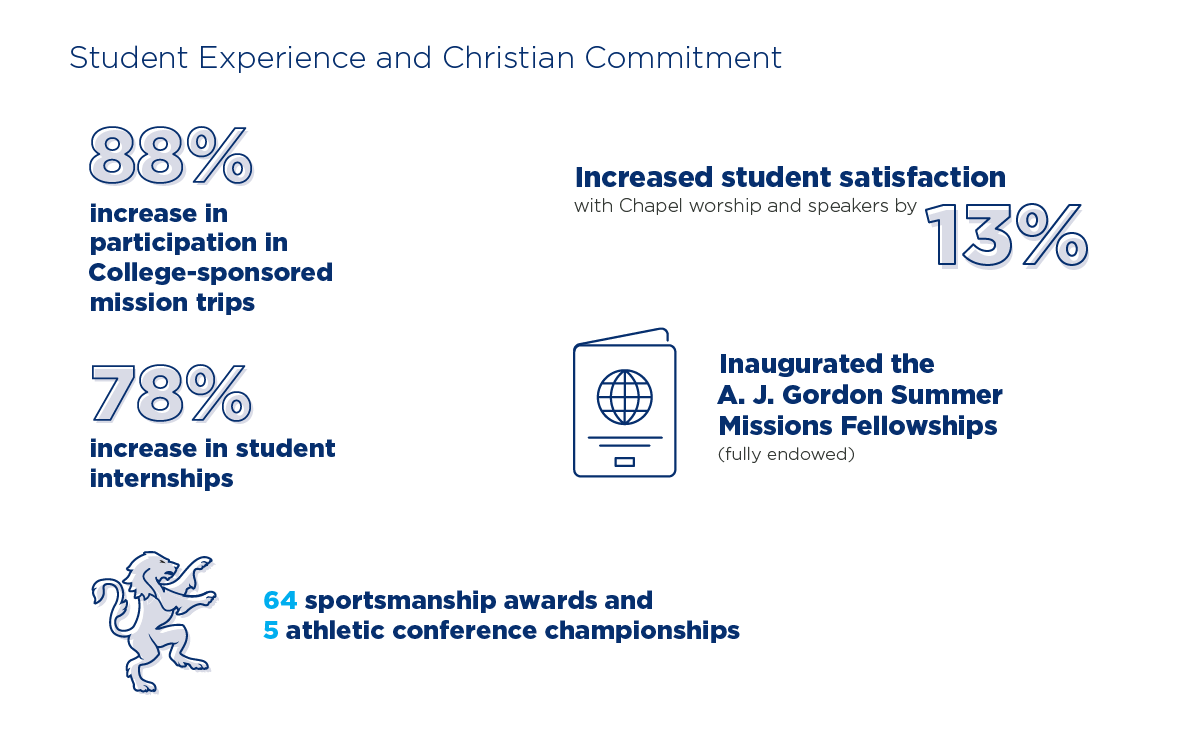 View a timeline of a defining decade ➔