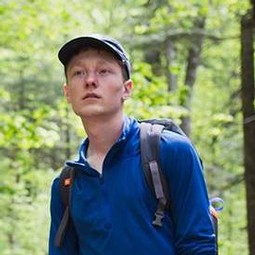 If you would have asked him during his college years about the impact of La Vida on his life, Porter Sprigg ’19 would have shared his experiences leading seven groups of students through the mountains. He would share how he conquered his feelings of inadequacy and surrendered his fears, trading them for a heart devoted to leading meaningfully on Gordon’s campus. Porter would share about how Nate Hausman, La Vida’s director of education and program development, spoke directly into his life before his first sherpa trip, declaring, “I believe in you, Porter. You belong here. You are going to make an impact.”

This only scratches the surface of how Porter’s life changed for the better because of his La Vida journey. Today, nearly one year after his graduation, Porter sees the influence of La Vida on his working life in powerful ways. “La Vida shapes the way I approach feedback in my work environment,” he says. “At the end of each La Vida trip, the group participates in the activity of ACEs, where each student sharing appreciations, challenges and encouragements for each other member of the patrol.” It’s a process greatly valued by his first employer, Booster, an elementary school fundraising company. “My coworkers have been consistently impressed with my willingness to give and receive honest, difficult feedback in caring and loving ways,” Porter says. “I know that the ability to look someone in the eyes and challenge them while also ensuring they know I care about them is a skill I honed and developed as a leader at La Vida.”

This reflective practice of loving others well through offering feedback has greatly influenced how Porter sees those around him. For Porter, giving others meaningful affirmation and encouragement for growth is an essential piece of healthy friendships and business relationships.

“I’ve had several opportunities at work to answer the question of what makes me different in terms of my level of feedback and care,” he says. “I’m grateful to be able to first mention La Vida and then ultimately give the credit to Jesus.”

Thank you for supporting La Vida as our students grow in spiritual formation and become leaders for Christ within their communities, during their years at Gordon and beyond. 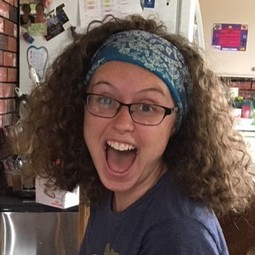 Through La Vida, Electa Sutton ’21 learned that to lead honestly in community, she needs to know when to ask for help. As an incoming first-year student, Electa channeled her excitement for outdoor education into a desire to lead well during her time as “leader of the day” on her first La Vida trip. Nearing the end of their 12 days in the Adirondacks, the group had the tallest peak left to climb. Once it was over, her teammates challenged her to ask for help when she felt exhausted and alone.

During her high school years, Electa faced the death of several classmates who had taken their own lives. Suffering from unprocessed grief and PTSD, she believed her first semester at Gordon would remedy her pain. She found joy in her friendships and in her majors, Christian ministries and biblical studies. Yet when Electa experienced another death of a friend, that challenge from her peers helped her seek the help she needed  .

She applied and was accepted La Vida and the Compass program as a Sherpa despite the hopelessness she felt. Electa was faced with financial hardship in her family and the life-threatening illness of a close friend, both of which threatened her return to Gordon. Her opportunity with La Vida offered her the ideal space to process her grief and find hope again in Christ. By the end of a summer full of leading students through their own challenges, Electa found herself surrounded by the life found in the power of Christ’s love and redemption. She realized, “I was literally walking through the valley of the shadow of death, and God has given me the ability to see there is full life available to me through Him.”

This season not only transformed Electa’s life. The help she received also allowed her to lead strongly and impact others. “La Vida continually works to transform lives by challenging students to rely on their faith.” Once she learned how to ask for help, Electa encouraged her participants to do the same. One participant was fraught with anxiety, unsure of how to move past her fears and ask for help. Electa spoke into this student’s life by declaring, “You’ve got grit, you can do this.” She repeated Scripture over and over, “Be still and know that I am God.” That participant found courage and joy to conquer her anxiety because of Electa’s leadership based on Christ’s love.

The La Vida Center for Outdoor Education and Leadership changes lives, and we are so grateful for your support.