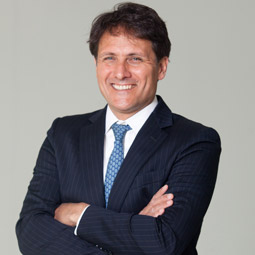 Talal's academic contributions center on the question often raised in higher education over whether and how one can access objective representations of reality, intellectual precursors to that elusive goal: truth. His book-length treatment of the topic, Objectivity, Invariance and Convention (Harvard University Press, 2007), was co-authored with Professor Michael Redhead, Emeritus Professor at the University of Cambridge.

In the academic world, Talal has served as a Post-Doctoral Research Fellow at Harvard University, and on the teaching faculties of the London School of Economics and the American University of Beirut.

In the business world, Talal is focused on how one makes reliable risk decisions in the marketplace. In this arena, he argues that the philosophical question of objectivity and truth is just as pressing as within academe. In this context, Talal has worked primarily at J.P. Morgan, spanning three decades. He began his career as an energy investment banker and has focused most in recent years on various aspects of risk management.

Currently, Talal serves as a Managing Director and Head of Risk Recruiting at RSR Partners, a leading Executive Search firm based in New York City.

Talal also serves as a Director at the Indian Harbor Yacht Club in Greenwich, Connecticut and is a Research Associate at the Centre for Natural and Social Science at the London School of Economics.

Talal and his wife, Kristine, live in West Harrison, New York, with their two children. They enjoy sailing, downhill and cross country skiing.