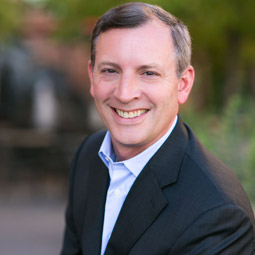 Mark Norman is a Managing Partner at FM (First Move) Capital, a venture and growth equity firm focused on investing in automotive technology. Mark joined FM Capital in 2015 as the latest endeavor in his career involving many aspects of the automotive industry, including OEM manufacturing & distribution, retail and mobility services.

Mark graduated from Rice University with a B.A. in Economics. He began his career at Deloitte & Touche as a business analyst in their management consulting group. He joined a client to start Summit Systems, a joint venture to assemble and distribute personal computers throughout Russia and Eastern Europe, and soon become its Managing Director.

Upon receiving his MBA from Harvard Business School, Mark joined Ford Motor Company, working in various roles in marketing, sales, manufacturing & international business development. After 8 years at Ford, he was recruited to DaimlerChrysler as Vice President of Sales & Marketing Operations. He was promoted to president and CEO of DaimlerChrysler Canada, leading the company’s third-largest market with $5 billion in revenue and more than 10,000 employees.

In 2006, Mark became CEO of Flexcar, an early-stage carsharing company. Flexcar was acquired by Zipcar, where Mark served as president and led the company’s expansion across North America and Europe, creating the world’s largest carsharing network. Mark and the Zipcar team managed the company’s IPO and subsequent sale to Avis Budget Group. After Zipcar, Mark jumped into automotive retail as a top operating executive for The Herb Chambers Companies, one of the largest privately-held automotive dealership groups in North America.

Mark and his wife, Sandi, have four children and reside near Boston. Mark is a member of Highrock Church.