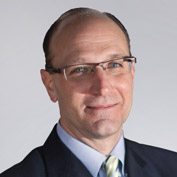 A native New Englander, Foster Chase holds a B.A. in Business Administration/Finance from Seattle University. Following graduation, he held a variety of roles with Digital Equipment Corporation; was co-founder and President/Chief Operating Officer of a private company providing voicemail services to over 20,000 users in the Pacific Northwest; and served as the President/Chief Operating Officer of a mid-market firm delivering design, installation, and support to communication and data infrastructure systems.

Beginning in 1997, Foster was the principal in a privately-held investment company providing business development and equity investments. One of its offshoots was the 1999 creation CASHLINQ, an electronic-payment processing company and online platform geared toward churches and nonprofits, which sold in 2015. Two of the companies Foster directed were named to the Puget Sound’s Private 100 Fastest Growing Companies list, and one to the Washington CEO Magazine’s Fast 50. CASHLINQ was named the Best Small Business Place to Work For by Washington CEO Magazine.

Foster has served on a variety of boards including the Seattle Pacific University Board of Trustees, Big Table and is currently the Treasurer of The Steward’s Journey. A lifelong traveler, Foster actively trains and mentors small businesses and entrepreneurs around the world and is passionate about the intersection of business and faith. He and his wife Brenda, who live in Spokane, WA, have two adult daughters.