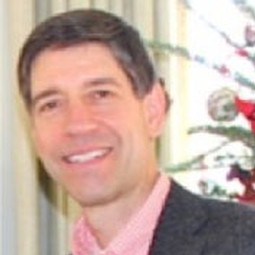 Stuart Knechtle is Professor of Surgery at Duke University School of Medicine in Durham, North Carolina, and Executive Director of the Duke Transplant Center. He and his wife, Mary Banks Knechtle, moved to Durham in 2015 from Atlanta where he was the Director of Transplantation at Children’s Healthcare of Atlanta and Chief of the Division of Transplantation, Department of Surgery, Emory University. Prior to living in Atlanta, they lived in Fitchburg, Wisconsin, and Stuart started the living donor liver transplant program at the University of Wisconsin, performed the first combined liver/pancreas transplant in the state, and was named the first Ray D. Owen Professor of Transplantation, establishing a highly productive research laboratory in transplant immunology. The National Institute of Health (NIH) has continuously funded his transplant research since 1992, and he has published over 250 scientific papers, over 50 book chapters, and edited three medical textbooks. He serves as editor-in-chief of Transplantation Reviews, and he serves on three other editorial boards. He is actively engaged in liver surgery and transplantation.

Stuart graduated from Princeton University with a B.A. in biochemistry, and obtained his M.D. from Weill-Cornell College of Medicine in New York City. He trained in general surgery at Duke University in Durham, North Carolina, and completed a transplant fellowship at the University of Wisconsin-Madison.

He was introduced to Gordon College during his youth when he attended Black Rock Congregational Church in Fairfield, Connecticut where Dr. Stanley R. Allaby, a Gordon College and Gordon-Conwell Theological Seminary graduate, served as senior pastor. Stuart has strong family ties to the College: his son David and daughter-in-law Stephanie, are 2012 graduates of Gordon College and live in Hamilton; his son Peter is a 2016 graduate and then obtained a masters in education at Gordon; and two of his nephews, Robert and Stuart, are Gordon alumni. Dr. Knechtle’s oldest son, William, lives in Durham with his wife, Juliana.

Stuart and Mary Banks are members of Blacknall Presbyterian Church, Durham. Stuart has taught Sunday School and served as an elder in their previous churches in Madison, Wisconsin. Mary Banks is a pediatric nurse and parish nurse by background and recently published a book, Glory in the Mourning, about their family story of loss and restoration. Stuart’s hobbies include gardening, cycling, tennis, cross-country skiing, and rowing, and he enjoys playing the piano. His favorite book is Dostoevsky’s The Brothers Karamazov, and his favorite Christian author is C. S. Lewis.