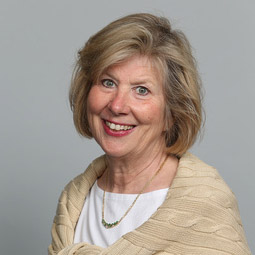 Laura Fastie-Grapshi attended Gordon College where she earned a B.A. in political science.

In 1983, she joined American Airlines, where she would spend the next thirteen years of her career. In 1997, she accepted a position at American Express as the director of supplier management and procurement in global supplier relations for American Express Travel. Her exceptional leadership and management skills have been recognized through various leadership awards. Laura transitioned to the joint venture American Express Global Business Travel (GBT) in 2014 where she continues to lead a team working with preferred supplier partnerships in the travel industry.

Ms. Fastie-Grapshi is actively involved in a number of church, community organizations and charity efforts. She was involved as a panel speaker during Gordon College Homecoming 2011 and also played a major role in raising funds for her class bench project. Her enthusiasm for the College has led most recently to her current Board involvement. Laura co-chaired the 35threunion of the Class of 1981 with her classmates, Barb & Bob Grinnell, during Homecoming 2016. She was the recipient of the Gordon College Alumna of the Year Award in 2016. After twenty years in the Dallas area, Laura and her husband Reuf Grapshi relocated to her native New England in 2014, settling in southern Vermont with their college-bound daughter, Margo.