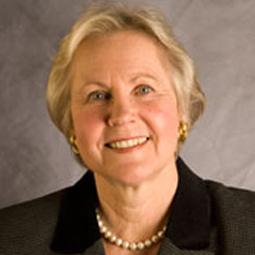 Suannah (Suzy) Young grew up in southern California and is a graduate of the University of California at Los Angeles (UCLA), where she earned a B.A. in English.

After college Suzy worked in New York City for the Rockefeller family and then in Washington, D.C., in retailing as the administrative assistant to the president of Garfinckel's Department Store. In the 1972 presidential campaign, she worked as a personal assistant to Governor John Connally. She and her husband have lived in Oxford, England, since 1974, where they established Oxford Analytica, an international consultancy firm.

Suzy and David have been active members of St. Peter's Church, Marsh Baldon, and St. Aldates, Oxford. In recent years they have returned the Washington, D.C., on a part-time basis, where they attend Christ Our Shepherd Church on Capitol Hill. Suzy has been a fellow at the C. S. Lewis Institute for three years.