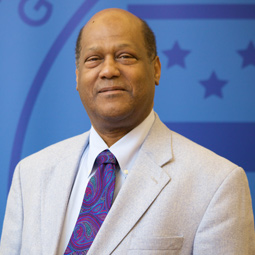 Until 2011, Herman Smith sat as an associate justice of the Superior Court, to which he was appointed in 1994. Previously he was an associate justice of the Housing Court, City of Boston Division, to which he was appointed in 1990. From 1979 through 1990 he was an associate clinical professor at Boston University School of Law. Herman earned a B.A. from Gordon College in 1970 and a J.D. from Boston University School of Law in 1974. He was an adjunct professor at Boston University School of Law from 1990 to 2000, teaching seminars on constitutional and housing law, as well as trial advocacy. He has practiced law at both trial and appellate courts, including the U.S. Court of Appeals and Supreme Court. Over his career, he has been a member of several professional organizations. He has been a guest speaker for various organizations. In 1992 he was honored by Gordon College as Alumnus of the Year.

He has served as both Elder and Moderator of the Board of Elders at Park Street Church.