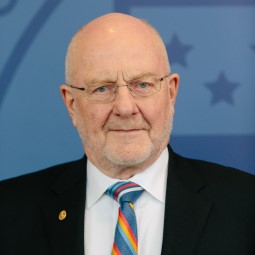 Peter Herschend is co-founder and co-owner of Herschend Family Entertainment Corporation (formerly Silver Dollar City, Inc). He served as executive vice president of the SDC organization for 20 years and then vice chairman of the board until he retired from that position in 2006.

Peter is well-known for his efforts to help set the direction of tourism and education in Missouri, develop roads, improve environmental awareness and extend the annual tourism season in the Branson area by championing such community projects as Ozark Mountain Christmas. Peter’s extensive professional involvement includes serving on the Missouri State Board of Education since December of 1991 and also board involvement on the Missouri Attractions Association,