WHERE GRADS GO
Students are prepared for graduate programs, for professional programs, and for the workplace. Read below to find out what a few of our graduates have been doing.

While a History major at Gordon, Anne Taylor specialized in ancient religion, and the intersections of medieval art and spirituality with political projects. In August 2017, she began a Ph.D. program in the Sociology department at Yale University and is a Junior Fellow at the Yale Center for Cultural Sociology, as well as a Junior Fellow for the Initiative on Religion, Politics, and Society at the Yale MacMillan Center. Her research blends cultural sociology and comparative-historical methods to study charisma, religion, and power, specifically interactions between charismatic Christian communities and political structures in society.

"My time at Gordon - the lectures, the liberal arts emphasis, the rigorous coursework, the mentorship from faculty - cultivated within me a deep passion for the humanities and interdisciplinary work. My time studying in the History department was richly infused with art, literature, and philosophy. Today, I see the sociological lens as another tool in my historian's toolkit that greatly aids me in better understanding the social world. I look forward to teaching, writing, and mentoring college students after my program at Yale finishes, hopefully at a school similar to Gordon." 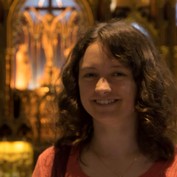 Abigail Sargent studied premodern history at Gordon, writing her senior honors thesis on Anglo-Saxon female monasticism. The history department, the Jerusalem Athens Forum, and a year abroad at Oxford convinced her that she was hopelessly in love with medieval history. She completed a masters in Medieval Studies at Fordham University in 2015, shifting her focus to medieval social and economic history. Her M.A. thesis investigated the development of local laws governing land inheritance among unfree English peasants. She is now pursuing a Ph.D. at Princeton University.
“I’m incredibly lucky to be able to pursue history in an academic setting. It always amazes me how each historical research topic, and each new course, bring to light new ways that humans have lived out their humanity (some of which are strange, from our perspective, but some of which are startlingly familiar). I’m excited to see where the Ph.D. takes me, and hope I’ll be able to use it to introduce other people to the delight of rediscovering the past.”

As a Pike Scholar Jennifer studied art and cultural history at Gordon. She wrote a senior honors thesis on religious and cultural exchange between Byzantium and Anglo-Saxon England in the seventh century. After graduation she earned a master's degree in Byzantine Art History at Oxford University and was awarded distinction for her thesis on the physical setting of baptism in early Byzantium. She has returned to her home state of California where she is working at a gallery that sells fine art and antiques from all over the world.

"Part of my job is to do research on the artwork, which is fun because we have such a wide array of pieces. I haven't ruled out doing a Ph.D. at some point in the future, but for now I'm enjoying putting my knowledge and skills to use and having an excuse to study different kinds of art from all different periods of history." 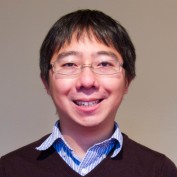 Hiromu completed his dissertation on popular culture and censorship in modern Japan at Harvard in 2011. He has since been appointed assistant professor of Japanese history at Massachusetts Institute of Technology.

Christine completed her master's degree at the University of Durham and is currently working on her doctorate in the University of Edinburgh's Department of Islamic and Middle East Studies. Her dissertation focuses on Christianity, gender, and cultural exchanges in Ottoman Syria. Christine recently presented a paper on American perceptions of Arab women at the Middle East Studies Association's Annual Meeting in Boston.

"Through this research, I strive to delve deeper and to synthesize the methodological and theoretical insights of Post-Colonial, Feminist and Social Theories, cut with an understanding of the theological and spiritual aspects of cross-cultural relationships. Since graduating from Gordon College, I have found myself upon a path that demands the investigation onto a historical reality, one that focuses not only upon agents from the past, but one that is also inherently linked with the lived realities of the present."

Stephanie recently completed her Ph.D. in diplomatic history at the University of New Hampshire. She is now Assistant Professor of History in the Global Security and Intelligence Studies Department at Embry-Riddle Aeronautical University in Arizona.

After completing an honors thesis and concentration in Public History, Jeff graduated from Gordon with a degree in History. Since graduating, he has served as the Director of the Lawrence L. Lee Scouting Museum and as a Museum Technician at the Adams National Historic Park. Currently, Jeff is the Assistant Executive Director of the Manchester Historic Association in Manchester, NH. In this position, Jeff’s duties include maintaining the Association’s collections and archives and overseeing the exhibits at the Millyard Museum.

"Working in a museum gives me the opportunity to teach history in a non-traditional setting using collections and exhibits as educational tools. Through Gordon's history program, I received the training and experience necessary to begin my career in the museum field."

Megan graduated from Gordon with a major in history and a minor in music, then received a Certificate in Museum Studies from Tufts University in 2002. While at Gordon she began working at The Stephen Phillips House, a small, historic house museum in Salem, Massachusetts, that is a property of Historic New England. As the Registrar, she is currently responsible for maintaining the collections, keeping track of loans and insurance policies, opening and closing the house for the tourist season, and a wide variety of other tasks.

"Working in a historic house museum provides opportunities to connect with history in a tangible way. The letters, photographs, and three-dimensional objects that have been left behind can connect people (visitors and staff) with actual historical events, bringing history to life in a way that a textbook cannot."

I have conducted funerals at Arlington National Cemetery and have served with medical, engineer, and aviation Soldiers in various duty stations in the States and in Germany. I have worked on developing partnership events with British, Dutch, and Polish Military Chaplains bringing American Army and Air Force Chaplains to visit various bases in the UK, the Netherlands, and Poland. I currently serve as the deputy command chaplain at Fort Belvoir Community Hospital in the National Capital Region and provide support to the Pentagon Health Center.