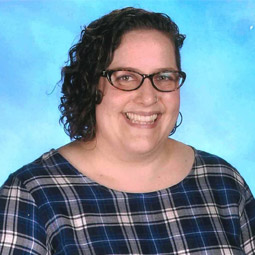 Jennifer Dennett is an elementary music and movement specialist at Great Oak Elementary School in Danvers, Massachusetts, where she teaches general music to students in kindergarten through fifth grade along with a fourth and fifth-grade before-school chorus. She earned a Bachelor of Music in music education from the University of Rhode Island and a Master of Arts in musicology from Tufts University. Jennifer is an approved AOSA teacher educator, has completed all three levels of Orff-Schulwerk teacher training as well as professional development in a number of other areas including West African music and dance, storytelling, and Skillful Teaching. She has served on the board of the New England Chapter of the American Orff-Schulwerk Association, with responsibilities ranging from coffee and donuts to chapter president. When working with adults, Jennifer combines music, movement, and storytelling in workshops and classes, including state and national music education conferences, Orff chapter workshops, and graduate-level courses. 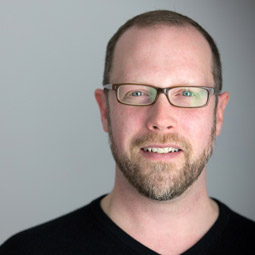 Griff Gall is an elementary music and movement specialist in Danvers, Mass. He earned a Bachelor of Music in Music Education from Westminster Choir College and completed his Level III Orff Schulwerk training through Boston University while earning his Master of Music in Education with additional Orff training at the University of St. Thomas. He is a frequent clinician for state, local, and national music education workshops in the areas of creative movement, Orff Schulwerk, and handbell pedagogy and has been on the Orff Schulwerk faculty for University of the Arts. He has contributed articles for the Orff Echo and Massachusetts Music Educators Journal and is co-author of Ring, Dance, Play: First Experiences with Choirchimes and Orff Schulwerk, published by GIA. He continues to study dance with the Boston Ballet School and Urbanity Dance. Griff was the 2016 recipient of the Donna Nagle Award for Excellence in General Music from the Massachusetts Music Educators Association and the Spotlight award from ACEMM. 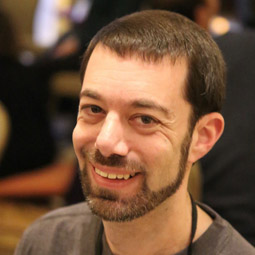 Nick Wild taught PreK-5 general music and chorus in Massachusetts public schools for 18 years. He received his Bachelor's and Master's degrees in English horn performance from The Juilliard School in New York and his K-12 music educator certification from the University of Colorado at Boulder. Nick serves on the National Board of Trustees of the American Orff-Schulwerk Association, where his responsibilities include curriculum development and oversight, advocacy, member relations, outreach, and professional development. He is past-President of the New England Chapter of AOSA, served eight years on the Editorial Board of AOSA’s national journal, The Orff Echo, presents workshops and conference sessions focused on elemental music and the Orff approach at the local and national level, and contributed to AOSA’s teacher education curriculum standards. Nick has taught recorder pedagogy and elemental theory for all three Levels of Orff Schulwerk teacher education since 2007.

Nick is a Juilliard graduate, a member of the National Board of Trustees of the American Orff-Schulwerk Association, past-President of the New England chapter, served eight years on The Orff Echo Editorial Board, and contributed to AOSA’s Teacher Education Curriculum Standards. Nick is an AOSA-approved Teacher Educator of recorder and elemental theory and presents workshops at the local and national level.