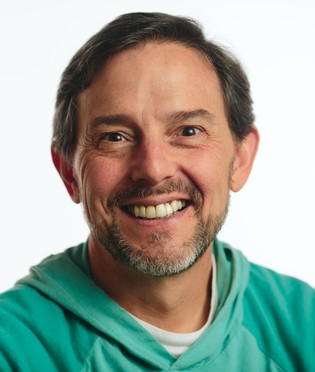 Before joining the Gordon faculty in 2002, Jeff was the founder and Artistic Director of The Refreshment Committee Theatre Company of St. Paul, MN. He also chaired the Theatre Arts Department at Bethel University in St. Paul, where he received the 1995 Distinguished Faculty Award for Excellence in Scholarship, and served as Director of Education, director, and performer at Lamb's Players Theatre in San Diego, CA.

His many directing credits include The Mystery of Edwin Drood, Macbeth, Shadowlands, Edith Stein and Forgiving Typhoid Mary. At Gordon, Jeff has directed a new adaptation of A Tale of Two Cities, Tartuffe, The Secret Garden, An Evening of Pinter, Tarantara! Tarantara!, Sueño and Quilters. The student ensemble-created devising called Growing Up Christian, directed by Miller, was recently selected to be performed at the Region 1 gathering of the Kennedy Center American College Theatre Festival.

Read a review of Jeff's work as a director here ➔