Katie Amico Mieras, Class of 2009
What started as mere curiosity for learning Chinese turned into a passion for Katie during her time at Gordon. After only one year of Chinese instruction she spent a summer teaching English in China and after her second year she participated in the immersion language program at Beijing University. Katie’s passion for language coupled with her desire for justice led to an internship with Oxfam America and multiple cross-cultural trips to learn about the impact of modernization on human rights. Her time at Gordon equipped her to identify injustice and also to advocate for a better future; it made her realize that her voice matters. After graduating, Katie worked as an International Rights Assistant for a publishing house, licensing and publishing Christian literature abroad. She still writes letters regularly to the editor when she sees unjust practices in her city.

Freda Obeng-Ampofo, Class of 2008
While completing her degree in International Affairs, Freda spent a semester in Washington, D.C. with the American Studies Program, and worked with Jubilee USA as a communications intern advocating for debt relief for some of the world's poorest countries. Upon graduation, she began work with the South Africa-founded nonprofit Joint Aid Management, managing funds from donors. She has since done market research and accounting for American World Services, a company supporting international businesses, and with USAID's Health Policy Initiative in Washington DC.

Freda moved to France for a two-year Masters in Public Administration degree at Sciences Po (formerly the Paris Institute of Political Studies). While in France, Freda, along with four colleagues, conducted research in Urban Renewal in Hong Kong’s Wan Chai district and later on Monitoring and Evaluation of Privately Funded health programs in Tanzania. In 2013, upon completion of her Master’s program in France, Freda moved to Ghana for a short stint with the European Union Delegation working with the Ambassador and the executive team to increase EU visibility in the country. Freda is currently with USAID West Africa, leading the analysis, coordination and preparation of key documents to USAID Washington.

Prashan De Visser, Class of 2008
Prashan is the founder and president of Sri Lanka Unites, a youth movement for hope and reconciliation in Sri Lanka. Prashan works part time as a television host and has hosted Good Morning Sri Lanka and All About Success: Taking a Closer Look at the Lives that Influence Sri Lanka. He is the co-producer and co-host of the foreign policy program "Global Perspectives."

While at Gordon Prashan was the first South Asian student to be elected student body President. He interned in Washington, D.C. for Senator Rick Santorum, Senator John McCain, and the Republican conference, and is eager to pursue graduate studies in foreign policy and conflict resolution.

Prashan returned to Sri Lanka to initiate the vision for Sri Lanka Unites and its commitment to encourage, equip and serve Sri Lankan youth across the country as they face the challenges of post war Sri Lanka. With over 4,000 members, Sri Lanka Unites is a nationwide movement that promotes reconciliation and youth leadership and the creation of a new united Sri Lankan identity.

Sradda Thapa, Class of 2008
Sradda took full advantage of Gordon's Global Ed program and spent her senior year off campus. After a semester in her home country, Nepal, she completed her final semester with the American Studies Program. She interned at the peace-building agency Search for Common Ground, and after graduation was hired as staff. While in D.C. Sradda had the opportunity to address the United Nations General Assembly on the impact of conflict on youths' access to quality education, and completed American University’s WeLead program to promote women working in politics and running for office.

In June 2009 Sradda returned home and joined The Carter Center to observe Nepal’s constitution-drafting and peace process. Since 2010 she has conducted small studies with Tufts University and the United Nations Development Program in Nepal. She writes a weekly column in Republica, Nepal’s leading national daily paper, and is currently working in Kabul, Afghanistan. 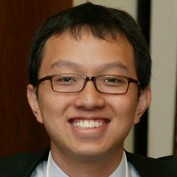 Samuel Tsoi, Class of 2007
Samuel is Policy Associate at the Massachusetts Immigrant & Refugee Advocacy Coalition (MIRA). He performs research, analysis and advocacy on legislative, budget and administrative policies relevant to the state’s foreign-born community. He also frequently speaks at schools, churches and conferences on immigration reform. Previously, Samuel wrote for Sampan Newspaper in Boston’s Chinatown, and worked in the State Senate and the field of corporate social responsibility.

Samuel is also a Masters candidate in International Relations at the University of Massachusetts Boston. Proud to be among the first cohort of the Clarendon Scholars Program at Gordon, he facilitated campus-wide discussions on ethnicity and racial reconciliation as part of the Advocates for Cultural Diversity. He spent semesters in China, Lynn and Dorchester—experiences which equipped him to connect the dots between the global and local and between public policy and the community.