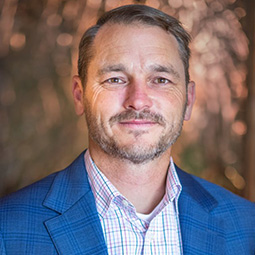 Eric Cook is the President of the Society for Classical Learning (SCL). Eric has been formally associated with SCL for over a decade serving in multiple roles, including Executive Director and Board Chair. He was the Head of School at Covenant Classical in Fort Worth, TX for 13 years before joining SCL full time. Prior to Covenant, Eric was the Head of Upper School at Faith Christian School in Roanoke, VA. Eric also taught and served in leadership at several public schools.

Eric earned a bachelor’s degree from Transylvania University, and a master’s degree in Instructional Leadership from Northern Kentucky University. He is currently working on an EdS in Classical School Leadership from Gordon College. Eric has taught a myriad of subjects from philosophy to thesis. He consults with schools and coaches leaders in a variety of contexts. He speaks and presents at conferences around the country. Eric and his wife, Liz, have six children. They live in Richmond, Virginia, home of the SCL headquarters. 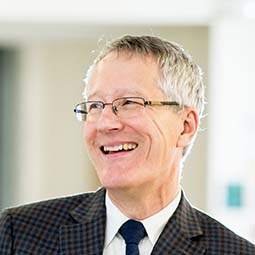 Christopher Miller returned to architectural practice, after more than twenty years in academia, to work with a like-minded team, at Glavé & Holmes Architecture, Richmond, to make places of human flourishing.

Always central to Miller’s research and teaching has been the architectural treatise of a Renaissance humanist.  Alberti’s notion of architecture as good, true, and beautiful civic eloquence has its seed in Aristotle’s pedagogy of practical philosophy and was cultivated by Roman practitioner and theorist of political oratory, Cicero.  His career-long interest in civic architecture as virtuous action, tuned to circumstance, is finding shape in Bella Città (Beautiful City). 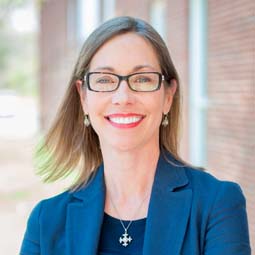 Leslie Moeller is the Chairman of the Board of the Society for Classical Learning and has served on the SCL Board for 12 of the last 14 years. She currently consults with Classical, Christian schools across the nation in the areas of leadership, administrative function, and governance. She is a member of the Board of New Covenant Schools in Lynchburg, Virginia, and the Board of Academic Advisors for the Classic Learning Test. Most recently, she helped lead a three-year restructuring of the Upper School at the Covenant School in Charlottesville, Virginia. Prior to her family’s move to Virginia in 2015, she spent 13 years at Geneva School of Boerne where she served in multiple roles including Chairman of the Board, Head of School, Capital Campaign Co-Chairman, founder and coach of Geneva’s nationally-ranked debate program, and Senior Thesis instructor. She received her Juris Doctor from Boston College Law School and her Bachelor’s Degree in English Literature and Economics from the University of Virginia. Leslie and her husband, Eric, have three children. 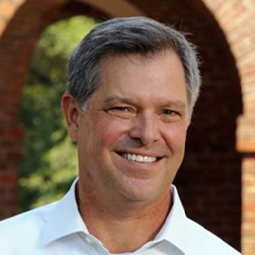 Keith Nix is the Head of School at Veritas School in Richmond, Virginia, a position he has held since 2010. Keith also serves in a variety of leadership roles across the classical Christian school movement. He is on the Board of Academic Advisors for the Classic Learning Test (CLT) and a member of the President's Advisory Council for the Society for Classical Learning (SCL). Nix consults with and coaches classical Christian school boards and leaders across the country. In addition to being an instructor in the Gordon Graduate Leadership program, a master’s program aimed at developing classical school leaders, Nix was recently named as Co-Director of the program.

Nix formerly served as Chairman of the Board of SCL, Vice Chairman of the Board of Association of Classical and Christian Schools (ACCS), President of the Board of Academic Advisors at CLT, and a founding Arete Fellow. Prior to moving to Veritas in 2010, Keith served as a board member and Head of School at The Westminster School in Birmingham, Alabama. Prior to working in classical Christian schools, Keith was President of Nixgroup, a boutique consulting firm working serving start-up organizations. MNix enjoys tennis, golf, travel, and books. He is married to Kim, an accomplished artist. The Nixes have three grown children and two grandchildren. 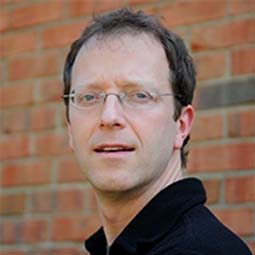 Davies Owens is the Head of Vision and Advancement at the Ambrose School in Boise, Idaho, where he also served as the Dean of the Upper School. Prior to moving west, he served for 10 years as a board member, and later, as Head of School at Heritage Preparatory School, an ACCS member school in Atlanta, Georgia. Five years prior, he was the Executive Director of BlueSky Ministries, an innovation lab and consulting organization launched after his work for Christianity.com during the dot-com days of Silicon Valley. He is also an ordained Presbyterian minister who served as a local church pastor for 12 years in both suburban and urban congregations. He has a bachelor’s degree in sociology from Furman University, a master’s degree in divinity from Duke Divinity School and a doctorate from Gordon Conwell Seminary in Boston. He has studied on a number of occasions at L’Abri Fellowship in Switzerland and England. He has a heart for international missions and has been leading teams from Ambrose to work with schools in Rwanda for the past four years. He is the host of the BaseCamp Live podcast, which is dedicated to helping promote classical Christian education nationally and equip parents and leaders involved in raising up the next generation. He and his wife, Holly, see the consistent fruit of classical Christian education in the lives of their three children, Hannah, Liam, and Bennett. 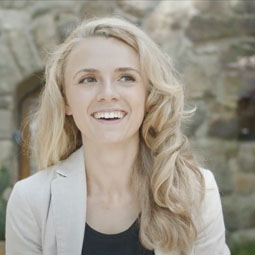 In her current position at Gordon College, Salome serves as the strategic coordinator for classical school initiatives which includes her work with Gordon's graduate leadership program classical cohort. She also directs Heritage, a summer program for high schoolers, which she founded and launched in the summer of 2021. From high school students attending the Heritage program through graduate students earning the master degree, Salome is passionate about developing initiatives and building relationships that enhance and grow the classical movement.

Salome matriculated at Gordon College as a part of the inaugural Global Honors Cohort and triple-majored in Music, Comparative Literature and Biblical Studies. During her years at Gordon she served as a Presidental Fellow, Fellow for the Center for Faith and Inquiry, and teacher's assistant for several classes within the Biblical Studies department. Having grown up in a bicultural family, Salome is passionate about international travel and community development. She has served as a teacher in Rwanda, Kenya, Nepal, and Greece. Most recently, she volunteers with a ministry foundation in Northern Haiti, working with the team to launch a classical trade school. She is currently completing her MA in Leadership through Gordon College. 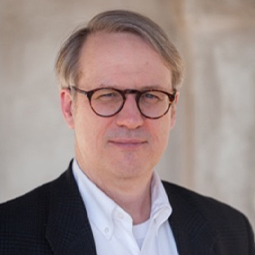 Christopher Perrin is an author, consultant, and speaker who specializes in classical education. He is committed to the renewal of the liberal arts tradition. He cofounded and serves full-time as the CEO/publisher at Classical Academic Press, a classical education curriculum, media and consulting company. Christopher is also a consultant to charter, public, private and Christian schools across the country. He is the director at the Alcuin Fellowship with the Institute for Classical Schools and the former board vice president of the Society for Classical Learning. He has published numerous articles and lectures that are widely used throughout the United States and the English-speaking world.

Christopher received his BA in history from the University of South Carolina and his MDiv and PhD in apologetics from Westminster Theological Seminary. He was also a special student in literature at St. John’s College in Annapolis, Maryland. He has taught at Messiah College and Chesapeake Theological Seminary, in addition to serving as the founding headmaster of a classical school in Harrisburg, Pennsylvania for ten years. He is the author of The Greek Alphabet Code Cracker, Greek for Children and the coauthor of the Latin for Children series, all published by Classical Academic Press. 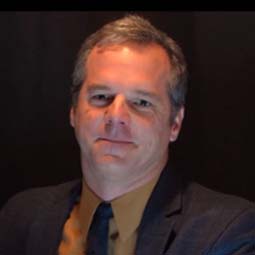 Christopher R. Schlect, PhD, has taught at New Saint Andrews College for many years. He has earned eleven competitive awards for his research on early 20th century Protestant religious life. He was a 2012 research fellow at the Presbyterian Historical Society and has been awarded the 2016-17 distinguished lectureship for the Association of Reformed Colleges and Universities. Schlect has presented his research at meetings of the American Historical Association, the American Society of Church History, the American Academy of Religion and the Idaho Council for History Education. His historical work includes service as a ranger for the US National Park Service, where he specialized in Protestant missions to the Nez Perce people and interpreted historical sites and material culture for the public. As a fellow of history at New Saint Andrews College, Schlect teaches courses in ancient and medieval civilizations, US history, the history of American Christianity, medieval education and Classical Rhetoric. He has also taught introductory and advanced courses in US history and Ancient Rome at Washington State University. Schlect is the Director of New Saint Andrews College’s graduate program in Classical and Christian Studies. He also serves Classical and Christian Schools around the country through his consulting and teacher training activities.

Dr. Christopher Schlect, director of the Classical Christian Studies Graduate Program at New Saint Andrews College addresses what it means to teach upper-school students effectively and to provide excellent leadership in a classical upper school. With over 20 years of experience teaching high school and college students, Dr. Schlect is able to distill and note the key principles of both teaching and leadership. He highlights two master principles that he develops throughout the course: sympathy and fellowship. The effective upper-school educator should foster sympathy and fellowship throughout his teaching, enabling students to learn for themselves and enjoy learning in community. With wit and clarity, Christopher Schlect will inspire while providing meaningful and practical advice for upper-school educators and administrators. 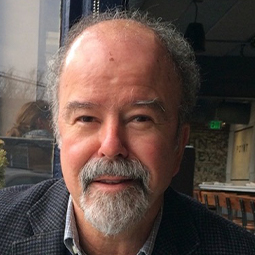 Dr. John Skillen is recently retired after a long tenure at his undergraduate alma mater, Gordon College. After earning his Ph.D. in Literature at Duke University, he served for fifteen years as the medieval and Renaissance literature specialist in Gordon’s English department. Skillen then served for a decade as the founding director of the College’s arts-oriented semester program in Orvieto (Italy), and continues to direct the Orvieto-based Studio for Art, Faith & History. Through its program of seminars, conferences and projects in the visual arts and theater, the Studio adopts the practices, disciplines, media and genres of the rich pre-modern heritage of classical Christian culture to 21st century faith, schooling and community life. Not surprisingly, John has found himself increasingly in collaboration with the classical Christian schooling movement.

Skillen’s recent book, Making School Beautiful: Restoring the Harmony of Place (Classical Academic Press, 2020), argues that the classical liberal arts of language and thought, and of the mathematical arts, provide still-timely principles of architectural design, from classroom to campus. His earlier book, Putting Art (Back) in its Place (Hendrickson, 2016), explores the new timeliness of art designed for community-and-site-specific places.  His essays on the arts and tradition have appeared in IMAGE journal, the FORMA journal of the CiRCE Institute, the journal of Christians in the Visual Arts (CIVA), and ARTS, the journal of the Arts, Religion and Culture Society (forthcoming). He is a contributor to the Visual Commentary on Scripture and the Encyclopedia of the Bible and its Reception (forthcoming).