Gordon College offers the only graduate leadership program in New England that leverages the strengths of a Christian liberal arts tradition for classical Christian school administrators.

Gordon College now offers current and future administrators at classical Christian schools the opportunity to study leadership at one of the few nationally ranked liberal arts colleges and on site in Orvieto, Italy—a town that has been occupied for at least 2,500 years, tracing a lineage from Etruscan, Roman, Medieval, Renaissance, and Modern until the present day.

This two-year program builds upon an already successful M.A. in Leadership program at Gordon that has served administrators at traditional Christian schools for the past four years. But this track will be unique, in that it will build upon a partnership with the Society for Classical Learning and the Association of Classical Christian Schools and seeks to meet the specific needs of the flourishing classical Christian school movement.

Intensive courses in Orvieto, Italy, Gordon's historic New England Campus, and on site at one of the nation's top classical Christan schools

Designed with working professionals in mind, the graduate leadership program features a virtual classroom environment during the academic year, residencies at Gordon and Orvieto, Italy, during summer breaks and an on-site practicum.

Immerse yourself in a medieval Italian city where fragments of the West's classical Christian civilization invite us to reflect on our current practices.

Participate on-site at a leading classical Christian school where you can see an effective administration in action and identify indicators of success.

Engage with a community of committed Christian learners on Gordon's main campus, located just north of Boston, the global hub of higher education. 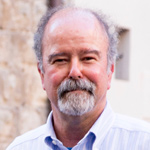 "I am thrilled to have a hand in developing a special track in Gordon’s Masters in Leadership program for teachers and administrators in the burgeoning movement of classical-Christian schools, and I can think of no more evocative place to launch each classical cohort than Orvieto (Italy), where I have lived for much of two decades." — John Skillen, Senior Advisor for Classical School Initiatives 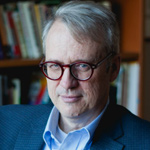 "Cultivating the next generation of classical school leaders is a great need as classical, liberal arts education expands around the U.S. and the world. The MA in Leadership for Classical Schools at Gordon College will help meet this critical need and advance the renewal." — Christopher Perrin, MDiv, Ph.D., CEO with Classical Academic Press

"Gordon College is well equipped to provide this level of leadership within the classical movement. They have the experience and the knowledge, as well as the alignment with our program. The need for classical Christian headmasters has never been greater." — David Goodwin, President of the Association of Classical Christian Schools