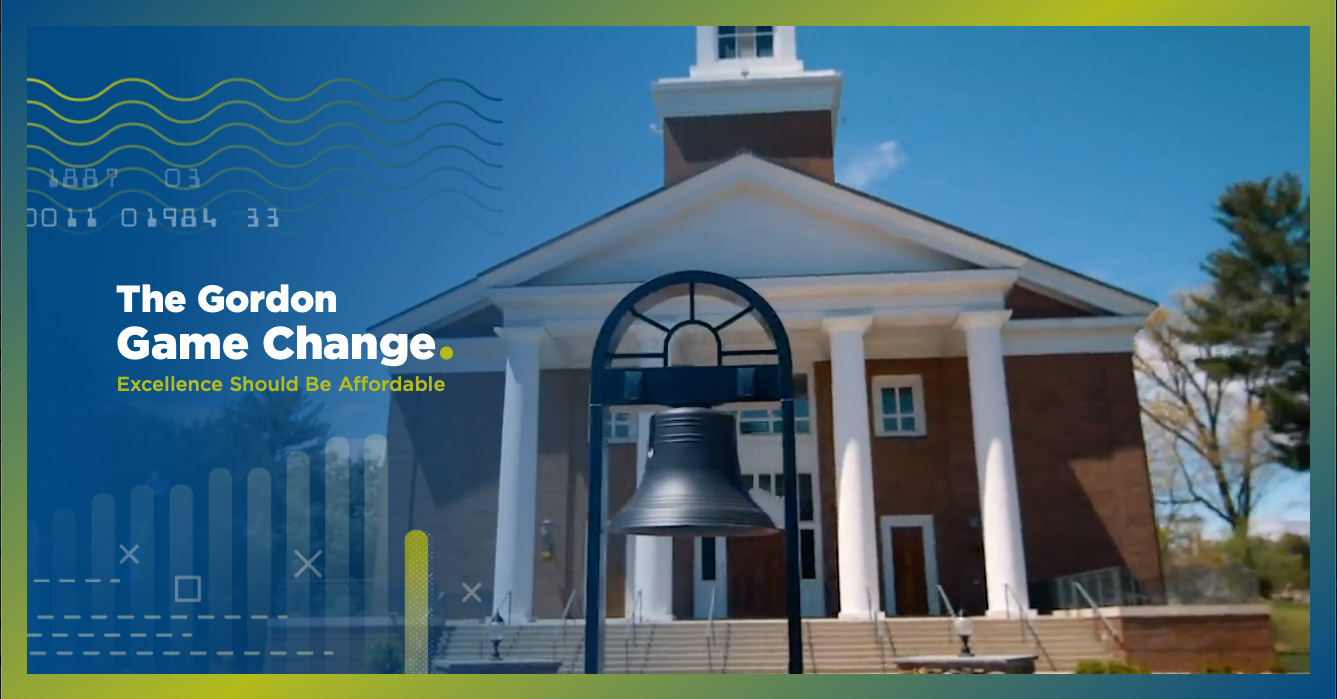 Excellence Should Be Affordable

It’s time to dispel the myth that a college “sticker price” is a measure of its quality. The decades-old game of “high sticker price/high financial aid” is one students ultimately lose—and has closed the door to many families who expect excellence with affordability in choosing a private Christian college experience.

On October 4, 2019, Faith Rising: The Campaign for Gordon College launched its public phase with the largest gift in history made to an evangelical college—a groundbreaking donation of $75.5 million to endow scholarships and programs for Gordon students. It was a testament and a validation of faith in Christ and in a school of Christ, a transformative commitment to Gordon’s timely and timeless Christian mission, and—as the capstone of a 130th anniversary celebration affirming a visionary and innovative spirit set in motion by A.J. Gordon in 1889— a clarion confirmation that Gordon’s future runs through its past.

With more than $125 million now pledged to the campaign and a year still to go, Faith Rising is enabling the College to courageously rise to the challenge of our times, strategically pursue the opportunities ahead, and eagerly walk toward the future God has for Gordon. And, more importantly, to underwrite financial support for Gordon’s students, both present and potential.

Now—one year later— another seminal moment in our past informs Gordon’s future.

On October 8, 1970, the national liberal arts college we know today—described in documents as “a distinctively Christian college”—was formally established, after the Divinity School was spun off to merge with Conwell Theological Seminary. The period was also significant as it embodied an era soon to end—a time when an outstanding private Christian college education was within reach of students and families who desired it. In 1970, a Gordon investment was one-third the median family income at the time. As the ensuing decade unfolded, inflation impacted the economy and drove up basic costs of living—but still paled in comparison to five decades of hyperinflation in university tuition that followed.

Consider this (from a recent article in Yahoo!Finance): Both in terms of current dollars at the time and adjusted for inflation, the cost of college in the U.S. has skyrocketed in the last 50 years, along with student debt. The average annual cost of a four-year private school has jumped 2,310 percent. Today, the average American needs to earn about $22,000 more than the current median income to afford college.

No more. On October 8, 2020—fifty years coming full circle—it is time for the Gordon Game Change—a 33% rollback of our annual tuition, to less than a third of the 2019 median family income.

Time to ring in something different. Gordon is committed to a future for our students and families that is more affordable, more adaptable, and still firmly anchored in Christ.

10 Years in the Making
Memorable Milestones