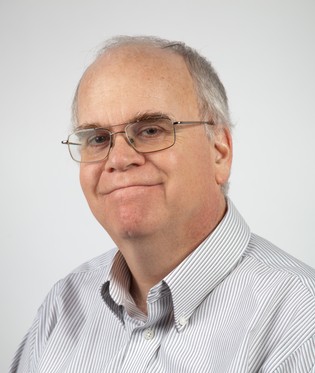 David Aiken is Professor of Philosophy at Gordon College. He received his doctorate at Boston College in 1990. His doctoral dissertation on Kierkegaard's concept of sin was directed by Professor Peter Kreeft, author of numerous works in the philosophy of religion. Before undertaking doctoral studies, Dr. Aiken studied music at the University of Maine (Orono) and theology at Gordon-Conwell Seminary. His philosophical interests were sparked at an early age by his parents, both of whom were philosophy professors, though initially his great passion was music (piano and composition). It was while pursuing his seminary education that his interests seriously diversified, so that now he seeks to integrate philosophy, which is his principal academic field, with Christian theology and the fine arts.

Within philosophy, Dr. Aiken also has a plurality of specialties including Philosophy of Religion, Epistemology, Phenomenology and Hermeneutics. The three most significant formative influences on his philosophical thought have been recent Continental philosophers such as Heidegger, Gadamer and Derrida, Neo- Scholastics such as Maritain, Edith Stein and Lonergan (and, of course, St. Thomas himself), religious thinkers with an existential tone of voice such as Pascal, Kierkegaard, and Simone Weil, and the classic Western mystics such as Julian of Norwich, Teresa of Avila and John of the Cross. He has published several articles on issues in religious philosophy and Kierkegaard scholarship and given numerous papers and presentations in each of the specialties listed above.

Since his faculty appointment at Gordon in 1990, Dr. Aiken has taught a great variety of courses including Great Ideas: Modernity and Antiquity, Formal Logic, Knowledge and Truth, Late Modern Philosophy, Philosophy of Religion, Philosophy of Natural Science and Senior Semianr. Two of his most popular courses meet in the evenings so that members of the wider Gordon and local communities can participate; these courses are C. S. Lewis and the Christian Imagination and Søren Kierkegaard and Postmodernism. He also regularly team- teaches Language and Interpretation and The Human Condition with his colleagues in the philosophy department. Recently Dr. Aiken was given the "Junior Distinguished Faculty Award" at Gordon, in part for his contributions to teaching and scholarship and in part for his leadership of the First-Year Seminar program.

Dr. Aiken lives in Beverly, Massachusetts, with his spouse Rebekah, who is the circulation supervisor at Gordon's Jenks Learning Resources Center. They are active members of Christ Episcopal Church in Hamilton, where David serves as choir member and assistant conductor and both serve as members of a recently organized healing ministry. Together they enjoy hiking in the mountains, attending concerts (particularly of Renaissance choral music), and reading aloud in the evenings. Dr. Aiken also spends several hours each week practicing organ and piano, and enjoys substituting for area organists when they are away on vacation.