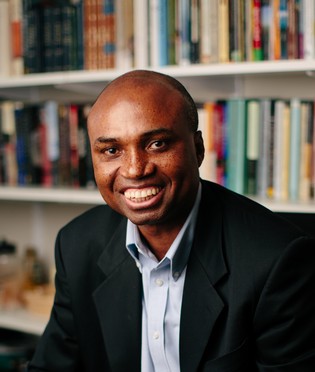 A native of Ghana, Dan served in administrative and ministerial roles as a Director of Youth for Christ (Ghana), Dean of Students at the Evangelical Theological Seminary (Croatia), University/Seminary chaplain and local church pastoral positions in Ghana, Croatia, England and the United States. Prior to teaching at Gordon College, he taught at Central University (Ghana) and the University of Scranton, PA (Jesuit). He is a Visiting Professor at Regent University College of Science and Technology (Ghana) where he teaches Biblical Hermeneutics and New Testament courses during summer months. He is the President of Africa Potential, a non-profit organization dedicated to empowering Africans for the service of Africa.

Dan is a member of the editorial board of the Bulletin for Biblical Research and the Disputed Pauline Committee of the Society of Biblical Literature. He is the author of No Longer Living as the Gentiles: Differentiation and Shared Ethical Values in Ephesians 4.17-6.9 (London: T&T Clark, 2008), editor (with Beth Snodderly) of First the Kingdom of God: Global Voices on Global Mission (Pasadena: William Carey International University Press, 2014) and a contributing author of Global Voices: Reading the Bible in the Majority World (Peabody: Hendrickson, 2013), The Handbook to Social Identity and the New Testament (London: T&T Clark, 2014) and Exploring Biblical Kinship (CBQMS 55; Catholic Biblical Association, 2016). He is also one of the contributing scholars that worked on the newly released Africa Study Bible (Oasis International, 2017). Dan has authored several articles, book chapters and book reviews.

He has presented research papers at the national and international meetings of the Society of Biblical Literature, Catholic Biblical Association, Institute of Biblical Research and the British New Testament Society. Dan is a New Testament scholar specializing in Pauline Studies, Biblical Interpretation and Early Christianity. His academic interests include 'Christianity in Africa' and 'Cultural Intelligence for Christian Leaders.' He is a member of the Catholic Biblical Association, Society of Biblical Literature and the Institute of Biblical Research.